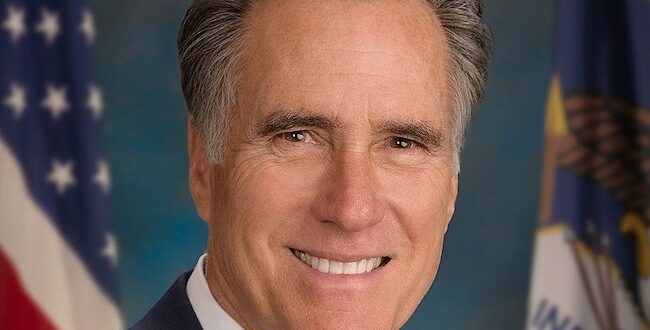 Mitt Romney an example of integrity

“ooh!” said Susan, “I’d thought he was a man. Is he – quite safe? I shall feel rather nervous about meeting a lion.”

“That you will, dearie, and no mistake” said Mrs Beaver; “if there’s anyone who can appear before Aslan without their knees knocking, they’re either braver than most or else just silly.”

“Safe?” said Mr Beaver; “don’t you hear what Mrs Beaver tells you? Who said anything about safe? ‘Course he isn’t safe. But he’s good.”

– C.S. Lewis, The Lion, the Witch, and the Wardrobe

Like a great many people across our country, I was both surprised and moved as I listened to Mitt Romney speak on Wednesday. What caught my attention was not the decision that he reached – evaluating that decision, be it wrong, right, or somewhere in between, is the domain of a political commentator rather than a pastor – but rather it was the way that he spoke of making it.

Here was a man seeking to listen to God, struggling with listening to God, concluding that God was asking him to do something hard.

Sometimes, when you encounter those who reckon that faith is broken, silly, destructive, or all three, you will hear those folks argue that belief in God is an exercise in wish fulfillment, that we who believe are pretending that there is goodness, meaning, and purpose in a world that, in reality, has none of these things. But what Mitt Romney’s words on Wednesday remind us is that we could easily make precisely the opposite case.

We could easily argue that to believe that there is no God is an exercise in wish fulfillment.

Because to witness Romney’s struggle, to watch him pause and to fight back tears, is to remember that there is nothing easy in taking God seriously. To hold that there is a creator who asks and even commands things of us, who wants and expects our fidelity, who one day will judge us, but who respects our freedom so profoundly that this creator will force nothing from us; well, that is awesome in the old-school sense of the word.

Life would be far simpler if there were no such God.

The poster on the child’s classroom wall says something like this:

is doing the right thing when no one is watching.

is doing the right thing when everyone is watching and expecting you to do the wrong thing.

And it is the path of least resistance to vote along party lines.

Few of us of would be speaking Mitt Romney’s name today had he joined with his 99 other colleagues and voted along party lines.

There are certain stories in the Bible that on certain days feel like they contain everything that there is to know about faith. For me, one of those stories comes in the book of Genesis. Here is Jacob wrestling with a stranger in the night, a stranger whom Jacob comes to conclude is God.

By the end of their struggle, by the time that dawn arrives, Jacob is exhausted and injured. And he has a new name.

Often, when we evoke the name of God, we do so in a way that is pleasant and that asks little of us. God bless America is a good thing to say. So is Thanks be to God. So, in moments of wonder or ecstasy, is O my God. And good though all of these things may be, they generally cost us nothing to say. Taken by themselves, they suggest a faith that is both comfortable and harmless.

And I guess that’s why I was and why I remain so surprised and so moved by Mitt Romney’s words on Wednesday. I am so very accustomed to the television and the Twitterverse and the Book of Faces showing me a comfortable and a harmless faith, a faith that changes and challenges our lives so little that it is functionally indistinguishable from no faith at all. A faith that all but grants the wish that there might be no God.

On Wednesday, it was difficult and good to be reminded that faith is sometimes like a wrestling match, that it sometimes leaves us panting and hurting and renamed. (Think of the new and unchosen names that Mitt Romney carries today.) It was difficult and good to remember that God sometimes calls us to a kind of integrity that will cost us. An integrity that, despite that cost, because of that cost, is holy.

Help support more FāVS by becoming a member so we can publish more commentary like this!