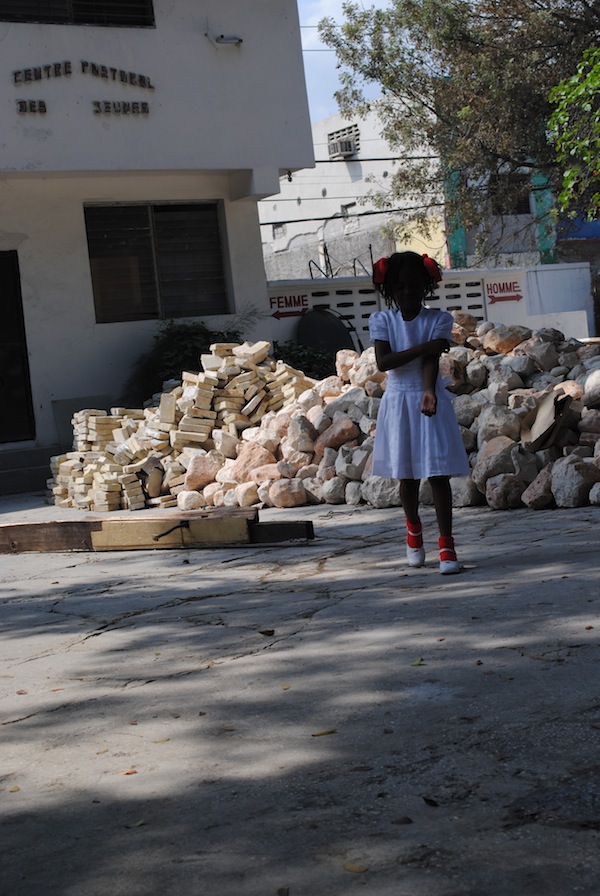 Cherie Vaughn-Dahlgren had been walking inside of the building when she saw a large spider, as big as her hand, crawling on the cement wall.

This was one of several surprising things she encountered during her time in Haiti.

Vaughn-Dahlgren, an Eastern Washington University student majoring in social work, went with 27 volunteers to Haiti on a missions trip with her church, the Wenatchee Church of the Nazarene, from March 30 to April 6.

According to Stephen Vandervort, a youth pastor, the group decided to go to Haiti after the church had adopted a multi-year plan to visit the area.

According to the church’s blog, after the team arrived in Port-au-Prince, Haiti, airport, only to have trouble getting their bus out of the airport parking lot. Once they left the airport, they traveled to the Nazarene seminary.

Prior to the trip, Vaughn-Dahlgren had only known about Haiti from the events of the earthquake in 2010. Shortly after set foot in the country, noticed the remains of buildings that resulted from the earthquake.

“There were pretty much cement shells,” she. “I really expected [the recovery] to be farther along than it was.”

During the trip, the team worked on a jobsite in Jacmel, south of Port-au-Prince, where they worked on a high school building and put a roof on the well.

Vaughn-Dahlgren had struggled to adjust to her new surroundings until she put away her self-image and selfishness aside and put the Haitians first.

“I wanted the people to see not me doing the work for them, but God working through me like I was the hands of God,” she said.

She grew close to her team and became attached to the local children, who were curious about her tattoos and piercings.

“All the kids would get my attention and stick their tongues out to have me stick mine out to show my tongue ring,” Vaughn-Dahlgren said.

She said she witnessed a voodoo parade that went on for three nights. She also had an opportunity to visit several areas in the country.

“When we broke a belt on one of the trucks, [we stopped at] a spot overlooking a valley,” Vaughn-Dahlgren said. “There was a ton of forest below.”

She and the team also attended an Easter Sunday service, which she said was similar to an Easter service in a Christian church. She also said the people were thankful for God, and the volunteers.

After service they passed out bottles of pop just to say, ‘we appreciate you being here,’” Vaughn-Dahlgren said.

According to Vandervort, the trip to Haiti wrecked his life “in a good way.”

“It put into perspective how much we consume,” Vandervort said. “People [in Haiti] who live in poverty are no less joyful than the people who live up here [and have a lot]. I miss it.”

For Vaughn-Dahlgren, the trip helped her feel closer to God. It also changed her outlook on life.

“It was so amazing to be a part of something greater than myself,” she said.

Vaughn-Dahlgren misses Haiti and hopes to return to the country in the future.

“I had this feeling that I didn’t do enough,” she said. “I just want to go back.”

Al Stover is the Eagle Life editor for the Easterner newspaper and a writer for Rant Sports’ Mixed Martial Arts section.

He is a journalism major at Eastern Washington University and has interviewed characters like cage fighters, drag queens and paranormal investigators.