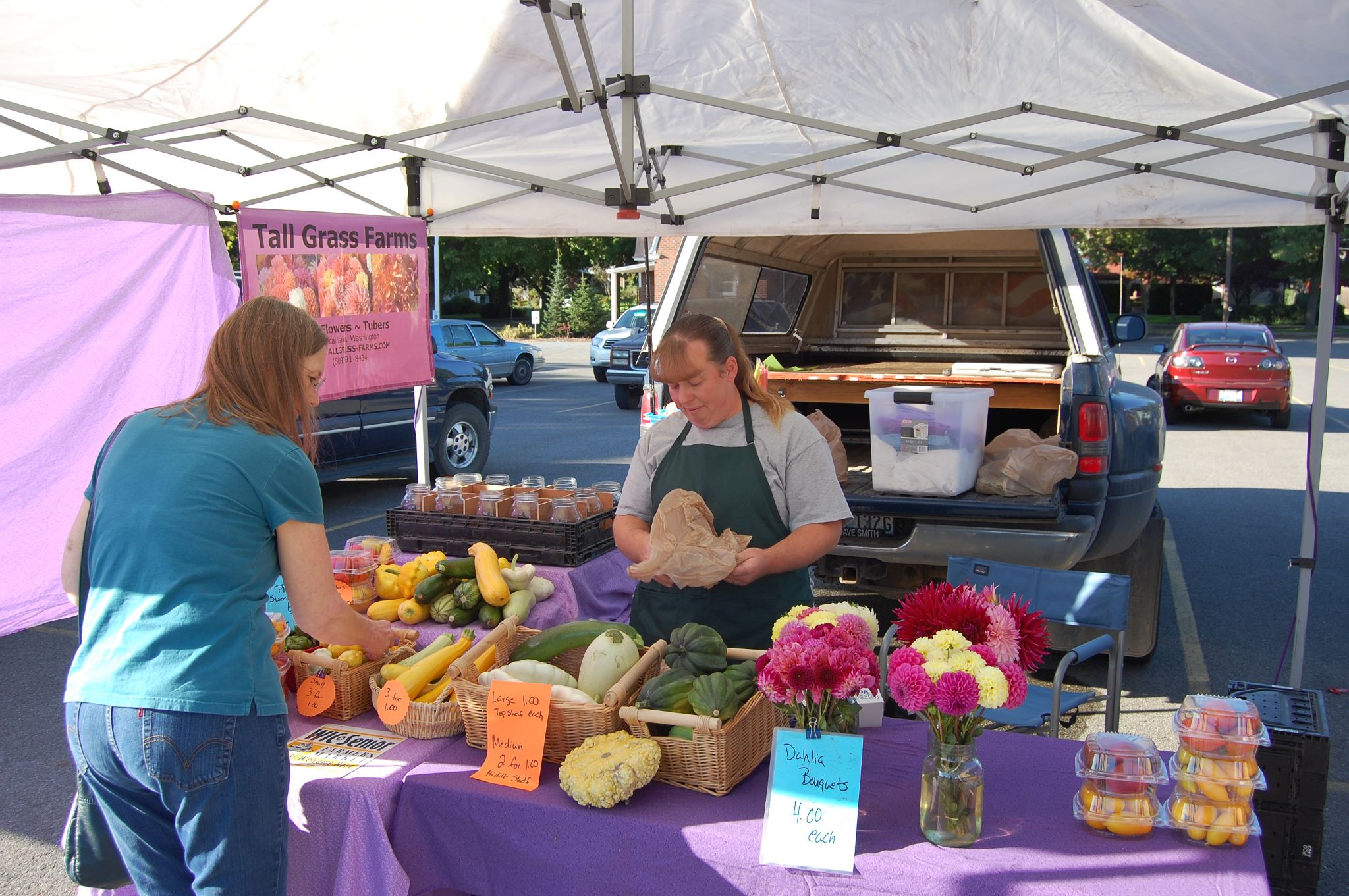 He serves as pastor of Millwood Community Presbyterian Church and is the director of the Millwood Farmers Market, which is beginning its sixth season.

“We’ve got the strongest lineup of farmers ever,” he said, noting last season the market averaged more than 20 venders each week.

The market was housed indoors during the winter and recently moved to its summer, outdoor location in the parking lot of the church, 3223 N. Marguerite.

At the market, shoppers can buy directly from the people who grow, raise or gather vegetables, fruit, bread, eggs and meat, along with specialty items such as wild mushrooms, huckleberries, honey, jam and salsa. The market also features the work of a select group of artisans, including locally hand-crafted wool yarns, soaps, candles and jewelry, according to a press release.

Shoppers may also use EBT (electronic benefits transfer), debit or credit cards, which are swiped at the market’s main booth, in exchange for tokens accepted by vendors.

Millwood also accepts state WIC (Women, Infants and Children) coupons, which help provide nutritional foods to supplement diets for low-income families. In the Spokane area, Millwood is the only market that regularly serves as a distribution point for WIC coupons.

According to a press release, the market, which opened in 2007, has lasted longer at one location than all but one other farmers market in the Spokane area (Liberty Lake).

According to the Agricultural Marketing Service, farmers markets are booming as Americans embrace the benefits of eating local food. The AMS reported 7,175 farmers markets operating in 2011, an increase of 13 percent over 2010 and 26 percent since 2009. There were fewer than 3,000 markets in 1994, the first year for which figures are available.

Below is a guide to seasonal foods, provided by the Millwood Farmers Market:

Rev. Goodwin is a SpokaneFAVS contributor.