A few weeks ago I became enthralled by an article in the Wall Street Journal which highlighted the universality of community and shared meaning — values that are often fostered by religions. In the article, the author, Alain de Botton, writes about the loneliness of modern society and how, “we tend to imagine that there once existed a degree of neighborliness that has been replaced by ruthless anonymity, by the pursuit of contact with one another primarily for individualistic ends: for financial gain, social advancement or romantic love.” The article appeared around the same time The Pacific Northwest Inlander addressed the growing atheist community in the Pacific Northwest and their yearning for a community where they were accepted and loved unconditionally because of who they are – values that are often not fostered by religions. 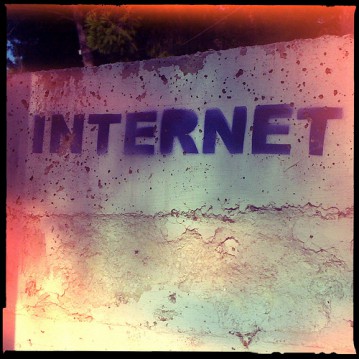 The world is becoming increasingly moreclose-knit, in part due to our economics and technology, and this has affected every part of our modern society, and especially how we view our values and the values of others. For young people like myself we live on the verge of a paradigm shift, which I believe will shape how we deal with values and how we will come to know ourselves. This is not a new problem. Every generation has been left to define themselves and their intentions.

The millennial generation has grown up scouring the Web for things we don't understand, and we have had to learn to sift through the innumerable opinions purported to be truth. We are becoming isolated from one another by our individualities just as much as our opinion options.

It's not that we have different values from earlier generations, it's that we have so many options at our fingertips. Plato once warned the written word would bring forth the death of true meaningful dialogue. Judging by the loneliness of modern society, and the part the Internet has played, it is no wonder many millennials are choosing the well-trodden path by seeking the effervescence found in community, whether within the confines of the spiritual or the religious. The quest for meaning and for spirit —values universal — are very much alive and well among the millennials; what makes us different are the methods by which we choose to address them.

I don't think the millennial generation has fundamentally different values from its predecessors. It is evident that we are all yearning for a sense of community and search for meaning of our existence. What makes the millennials different is our generation will be defined by how we use the tools of our time to cope with our option anxiety. Brought on by our times, we will have to decide whether this will usher us into community of lasting meaningful exchange, or confine us to a solitary existence. The questions every generation before us has had to answer, without the problem/benefit of a Google search.