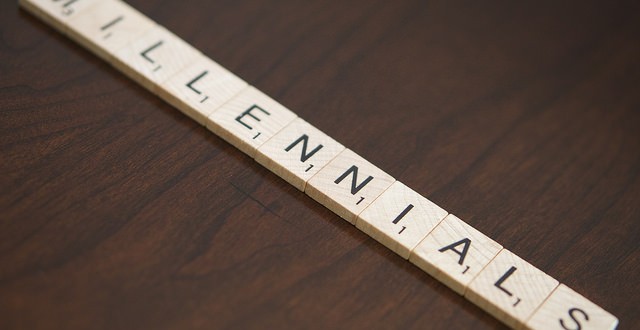 Millennials have crept away from the Church. Why?

Why don’t more people go to church? Young adults like myself in particular? It’s a question being asked in board rooms and church basements around the country, with much hand wringing and displaying of PowerPoint charts and budgets.

Fifty-nine percent of people ages 18-29 have dropped out of church and around a quarter of them don’t claim any religious affiliation at all, according to recent figures from Pew Research Center.

Like most complex social questions, this can’t be answered accurately in a single column or by one person’s point of view, but I can tell you what I’ve learned through conversations with my peers, reading, and through studying data and polls like those conducted by Pew.

Here’s the biggest reason I’ve discovered: We sense we’re the means to an end, and the end isn’t being straight with us.

Churches have a message that says one thing, but they often do another. We don’t want to be part of that. It’s not that we only want a church that can give us something- many of us are eager to be part of something deeper than ourselves, something that transcends what our of-the-minute, look-at-me culture has to offer.

We want lives with meaning, and we want a legacy that’s more than Snapchat and the Apple Watch. We care about what’s happening to our friends on the other side of the world facing the Islamic State and our friends here facing Islamophobia. We’re willing to show up and contribute to a church that walks its talk. But it seems so many don’t. They sure put a lot of effort into getting us there on Sunday, though. I’d like to think it’s concern for our souls.

Young people and young families usually mean growth. Growth means more money in tithes and offerings, and more money to keep the lights on. We’re not stupid. We know this. Churches fear they’re a dying breed.

I get it — churches have to pay bills too. Pastors need to eat, and someone has to keep the utility company from shutting off the lights. That’s life. As much as we’d like to pretend it isn’t so, some level of business needs to be a part of church for it to function effectively. Money isn’t a four-letter word.

But millennials don’t like being marketed to when we’re here to worship. Although God and Jesus both have their own Twitter accounts, Christianity, at its roots, is a counterculture faith. It was never meant to be mass-produced, tweeted, fog-bombed and catchily named. When we do actually attend, we aren’t there to be sold something. If we like what you’re doing, we’ll support it and pass it on. There’s no need to give it the desperate sell.

We’re exposed to innumerable advertisements daily via social media, television and in person, and the last thing I and many of my friends want when we go to a church is to be marketed to or seen as a way to boost a church’s revenue. But increasingly, that’s what churches think we want. Many of them, especially the bigger establishments, install giving kiosks, coffee bars, full worship bands with concert tours and hashtag campaigns to lure millennials.

Rachel Held Evans, blogger and author of the book “Searching for Sunday,” described this trend in a recent opinion article for the Washington Post.

“For a generation bombarded with advertising and sales pitches, and for whom the charge of “inauthentic” is as cutting an insult as any, church rebranding efforts can actually backfire, especially when young people sense that there is more emphasis on marketing Jesus than actually following Him. Millennials ‘are not disillusioned with tradition; they are frustrated with slick or shallow expressions of religion.’”

In terms of marketing, we’re the generation that’s seen it all. We’ve grown up on CGI, a new iPhone every year and Superbowl halftime shows with budgets that equal the GDP of small countries. We don’t impress easily.

At church, we’re not looking to be impressed. We don’t want to be a revenue source or a way to grow the bottom line. We’re looking for something different. Radically different.

A place where people are actually accepted for who they are, judgments not included. Where someone might go to help the homeless even in a dangerous part of town, where they could be uncomfortable. Where questions and doubts don’t equal unfaithfulness. Where someone who is gay or lesbian or transgender can be part of church without being told they’re a mistake and they need to be fixed. A place where community actually means something – it’s not just the nice word that’s part of the mission statement until it gets awkward. That’s what we’re looking for. At least that’s what this millennial is looking for, and it’s rare. In a land of hundreds of thousands of churches, this church is one in a million.

Evans sums it up pretty well in a passage from Searching for Sunday:

We’re tired of the culture wars, tired of Christianity getting entangled with party politics and power. Millennials want to be known by what they’re for, I said, not just what we’re against. We don’t want to choose between science and religion or between intellectual integrity and our faith. We want to talk about the tough stuff – Biblical interpretation, religious pluralism, sexuality, racial reconciliation and social justice- but without predetermined conclusions or simplistic answers.

When our gay, lesbian, bisexual and transgender friends aren’t welcome at the table, then we don’t feel welcome either, and not every young adult gets married or has children. We need to stop building our churches around categories and start building them around people.’

Of course, you could argue that such a perfect church doesn’t really exist, bow out of the fight and stop going to church altogether. I’ve been there at times during my life. Evans has too. She currently calls the Episcopal Church home. What you do in your church search depends on your journey.

Waiting until we find ‘the perfect church,’ though, is about as likely as waiting for the perfect significant other — it’s just not going to happen. Any relationship is two-sided, and to get something out of a church, we have to put something in. That doesn’t mean that we have to settle for being treated badly in the meantime. It’s OK to have standards — to look for a church, if you decide to go, that meets your needs. It doesn’t mean you’re selfish and demanding — it means you know what you want.

In my experience, many churches aren’t open to questioning or changing their policies on many of the things that bother millennials. They’re comfortable in the status quo, and they don’t want to rock the boat. Unfortunately for them, the boat is sinking, and millennials are leaving. If churches are truly concerned about low numbers, they’ll ditch the fog machines and marketing and just listen. It would make a world of difference.

Previous At Parliament Opening Ceremony People of Faith urged to work together
Next Wisdom Tales From Judaism, Christianity and Islam Cause Tears and Laughter