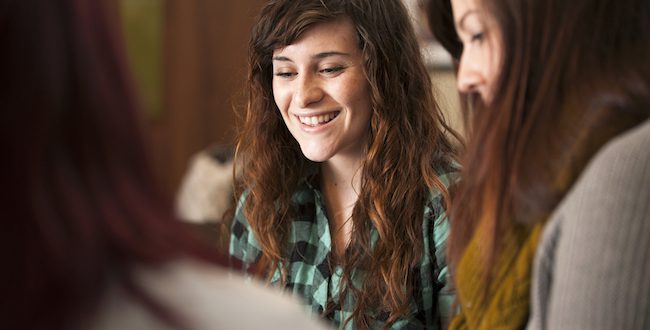 A group of young women meet at church/DepositPhoto

The #MeToo movement has been reduced to a slogan for men behaving coarsely in the presence of women. But less blatant bias is equally at the heart of #MeToo.

For instance, men have consistently mistreated women in the way we value the work they do. A recent op-ed piece in The New York Times discussed the degree to which anti-woman bias remains prevalent in the news media.

As recent history makes clear, in some ways we don’t even value women as highly as we once did. Women once were stereotyped as mothers, teachers and nurses. Objectionable though such stereotypes are because of the limitations they impose on women, those stereotypes at least conveyed a more noble view of women than the one that’s poisoning society today via websites and social media – a view in which women increasingly are portrayed as toys for male sexual gratification, as demonstrated by the exponential growth of online pornography.

Women in my congregation already run most of the programs, including all forms of religious education. But we recently began accepting women as ushers. That may sound like a small gesture but it shows that there still are areas where men and women aren’t regarded fully as equals.

Studies have shown that significantly more women than men attend church. I suspect – although I admit I have no hard evidence to back this up – that one reason why men leave the church is because they think it has become too woman-y.

To the extent that my suspicion is true I’d like to remind guys that just because Jesus is a man that doesn’t mean he loves, values or elevates men and their contributions above those of women.

Men and women have different worldviews, different skill sets, different sensibilities. But Jesus teaches that we are all equal and demands that His followers live by that rule. What else could he mean when he calls us to love one another as he loves us?

Jesus demands that we deny ourselves, take up our cross and follow him. The Rev. Paige Patterson was sacked recently as head of the Southern Baptist Convention because he didn’t get this, much less do it. His experience serves as a warning that we guys in general had better “get” it or we will risk being sacked, too – at the pearly gates.

View All Posts
Previous Ask An Atheist: Do you believe in reincarnation?
Next Event explains how to combat fascism