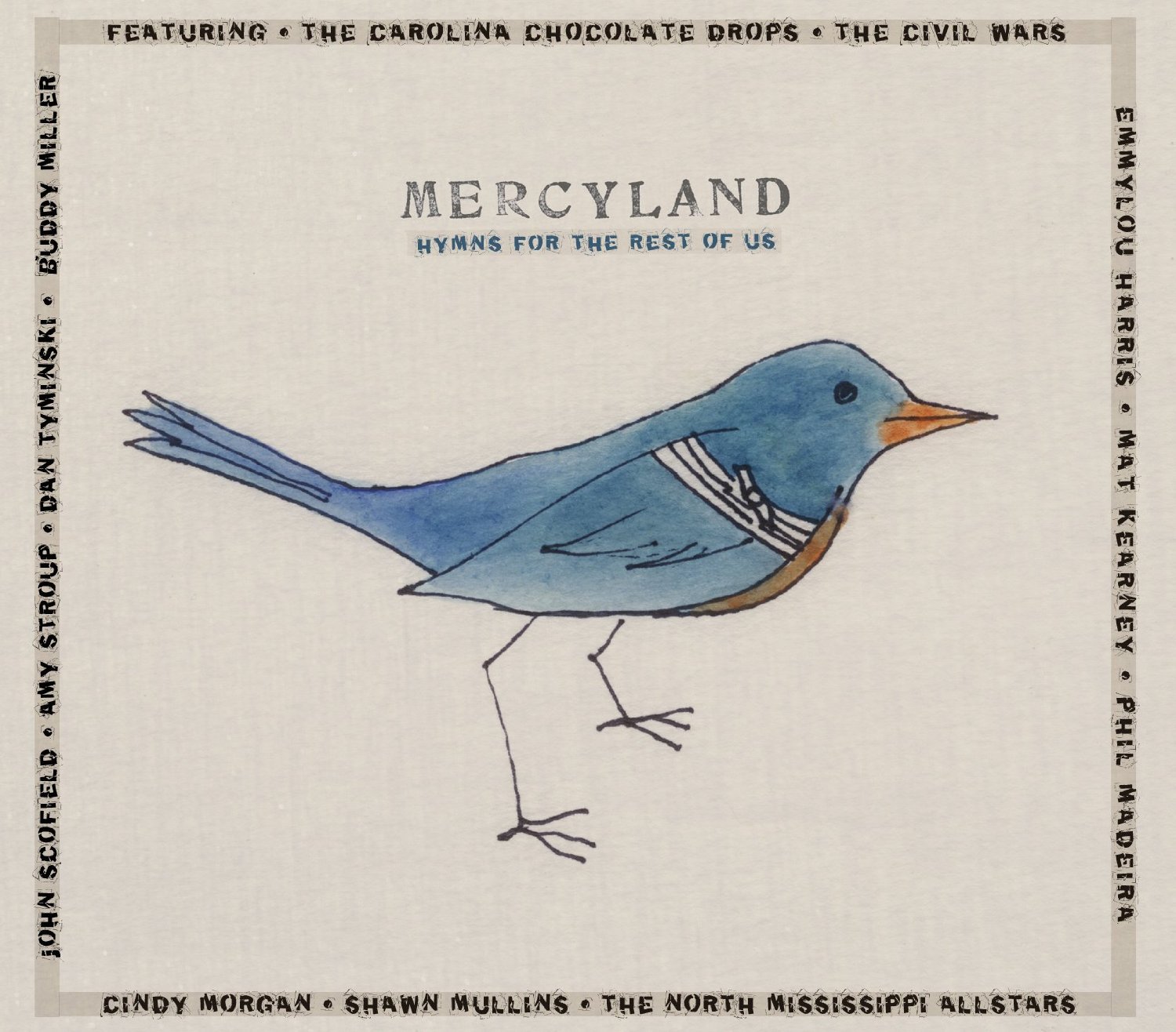 Mercyland: an album with spiritual integrity

I have been listening to “Christian music” since I was in my mother’s womb.

Most of the time, I didn’t know it.

My father and mother, devout Roman Catholics, played Bach, Mozart, great choral classics. I heard Gregorian chant when we visited Benedictine monasteries, and sang “Guitar Mass” songs in my parochial school.  I sang along with Jesus Christ Superstar and Godspell.

Imagine my surprise, as a 12-year-old girl, when reading the libretto of Handel’s Messiah for the first time, (so I could sing along with the words), discovering that it was SCRIPTURE! Who knew?! How cool!

Over the years I listened to the St. Louis Jesuits and the rest of that guitar playing crowd, changing the Catholic music scene.

And I discovered a lot of it I didn’t really like. I found myself apologizing for a lot of what I listened to…nice tune, but oh the theology! I walked away from it, taking refuge in others; the powerful lyrics and banjo playing of Mumford and Sons, the songs of Brandi Carlisle, Mary Chapin Carpenter , or RENT to name a few.

So, I was curious to listen to Mercyland: Hymns for the Rest of Us.

The reviewer (whom I read in The Christian Century) mentioned that as he had grown in his Christian faith, his theological tastes had changed and he needed musicians who had spiritual integrity and a willingness to change too. He mentioned this one.

From The Civil Wars, to Emmylou Harris this album is my idea of cool! I swear my absolute favorite song is from Shawn Mullins, called Give God the Blues.

It’s a blues-y song, both funny and poignant. The album is full of such earthiness and beauty in its contributors; Emmylou’s song, “ I Didn’t Know it was You” touched me powerfully.

Now, I have shared my new favorite, and it has me wondering: “Tell me, as a person of faith, what are you listening to?  What is speaking to your spirit?”