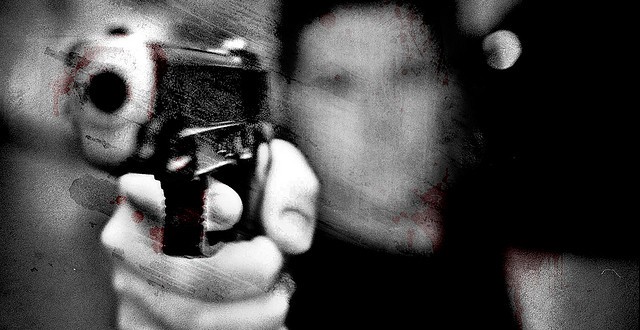 Men and Violence We Sow

If you were to ask most people what trait or characteristic was most common in perpetrators of violence, what do you think their answer would be? Surveys have shown Americans think everything from mental health to violent video games are major factors contributing to violence. So if you’re picturing a mentally ill gamer, you’re probably not alone; but you’re also wrong. The reality is: They’re almost all men.

Explanations for this dynamic are many. Scholars have suggested everything from evolutionary processes that have selected for natural aggressiveness to genetic and physiological differences between men and women. The problem with these explanations is that they either ignore evidence to the contrary or give an incomplete picture of potential forces that have shaped men’s relationship with violence. What is often neglected in these popular narratives is culture: How we define masculinity, and what that means when a man’s masculinity is threatened, challenged or scrutinized.

These ideas of what masculinity should be have proven disastrous to say the least. Studies have been showing for years that men who exhibit more masculine traits or adhere more stringently to traditional gender norms are much more likely to accept and inflict violence on others, and especially lethal violence, even when controlling for other factors. The questions now become: Why don’t we talk about this more often? And how many more people must suffer before we seek comprehensive ways to address the problem? Until we do, we will continue to reel from the horrifying violence men commit against others and themselves.

Join SpokaneFAVS for a Coffee Talk forum on “Responding to Violence in Modern Culture” at 10 a.m. Nov. 7 at Indaba Coffee, 1425 W Broadway.  Stum is a panelist.