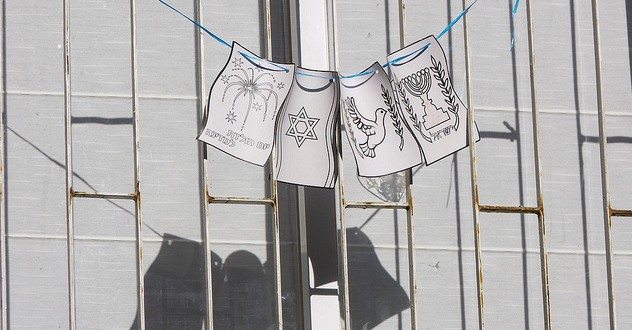 Being Jewish, especially in a very Christian place like Spokane, means frequently having to deal with misconceptions about your cultural and religious traditions. Every Jew likely has his or her own list of sadly/hilariously inaccurate beliefs that non-Jews have expressed about Judaism. I’ll try to highlight what I consider to be the heaviest hitters on this ignominious team.

Clearly not, as I’ve explained before. The idea that all Jews are rich goes hand in hand with the theory that we control everything. And yet, no Jewish president? Particularly in the human services arena, Jews of all socioeconomic backgrounds and situations make themselves known. We may be doing fairly well for ourselves collectively in the U.S., but even here a sizable number of Jews are far from affluent.

I grew up eating pork and shellfish… and attending Hebrew school, having a bar mitzvah, and co-leading religious services at my family’s shul. If eating treyf (categorically non-kosher) foods made someone not Jewish, our worldwide numbers might drop significantly.

Shabbat, the Jewish Sabbath, starts at sundown every Friday and lasts until sundown on Saturday. The idea of a day of rest is very appealing, whether you’re religious or not, and indeed the secular concept of the weekend mirrors the theologically mandated Sabbath day. However, many a Reform or Conservative Jew has been known to drive to Saturday morning service. A strict observance of Shabbat does not permit the use of a car.

I’ve linked to and quoted the Pew Research Center study so many times, I’m going to spare you on this occasion. But yes, Virginia, secular Judaism is real. Jewish culture is so rich, and Jewish values so meaningful, that a person could spend a lifetime letting these aspects of Judaism infuse his or her life without ever praying to God or attending religious services. Secular Jews may well be interested in the Torah as a historical and cultural document, and they may find its lessons and stories fascinating and worthwhile. None of this requires a personal belief in God.

This fits together with the “All Jews are rich” misconception, I guess. After all, how could we stay so rich if we weren’t utter skinflints? In reality, philanthropy is a huge part of Jewish religious and cultural life, and generosity, through the mitzvah of tzedakah, is baked into our Jewish education from an early age. What Hebrew school student didn’t come home at some point with a brightly colored tzedakah box to raise money for a worthy cause?

Jewish nonprofits often depend on the generosity of the local community for their continued existence, and contrary to popular belief, they don’t provide services only to Jews. Right here in Spokane, Jewish Family Services and the Jewish Cultural Film Festival, which JFS organizes, exist in large part because of the corporate and individual generosity of the Jewish community. (Full disclosure: I’m the director of Spokane Area Jewish Family Services.) 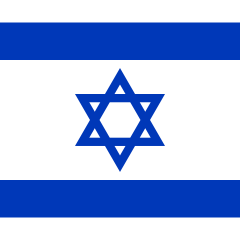 True, many Jewish young adults visit Israel through the much-heralded Birthright program, which provides Jews under a certain age with a free trip on the grounds that it’s their “birthright.” However, plenty of Jews have never been to Israel, due to financial limitations or other reasons. Furthermore, although a majority of Jews profess support for Israel in surveys, being Jewish doesn’t always mean seeing Israel as a nation that can do no wrong. This is a hotly contested issue in most Jewish communities, perhaps because millennia of persecution will make most members of a people group want to stick together unconditionally. But critiquing Israel’s actions from a social justice perspective fits into some Jews’ idea of what it means to be Jewish.

Education is a core value in Jewish culture, and humor has a major place as well. But as much as I’d like to think every Jew is Jon Stewart, it’s simply not the case. Are we all loud? Well, no, but we are known for being expressive: emotionally, tonally, and gesticulationally (I just made that word up — some of us gesture a lot). This stereotype feels especially true when we’re placed alongside stereotypical WASP behavior, as occurs in the movie “Annie Hall” when Alvy visits Annie’s family and we get a side-by-side comparison of the families’ ways of being.

Quiet, introspective Jews abound. We’re not all neurotic, either, but I imagine some of that stereotype is based on the actual psychological trauma that countless generations of Jews have experienced at the hands of their persecutors. It’s especially evident in some Holocaust survivors, who have difficulty feeling safe even seventy years after the existential threat of Hitler’s Third Reich was destroyed. Being faced with total annihilation on a regular basis will make any people group a little antsy.

It’s tough sometimes living in a country that many of its residents consider essentially Christian — with, y’know, a few other religions thrown in for variety. But even Jews who never want to hear another Christmas song can be friends with, and maintain meaningful community ties with, their Christian neighbors. In Spokane, a lot of great organizations are, to some degree, faith based. Catholic Charities may be theologically quite different from Spokane’s Jewish organizations, but they provide valuable services, we respect what they do, and we expect the same from them.

We may sometimes tire of explaining and re-explaining the finer (or broader) points of Judaism to non-Jews who know literally nothing about our traditions, but ultimately if we can help increase awareness, we’ll be better off for it. There’s nothing like being well understood and empathized with when crisis strikes, as demonstrated by the interfaith solidarity event that followed 2014’s swastika graffiti incident at Temple Beth Shalom.

I think the majority of Jews have neutral or positive feelings toward Muslims. If animosity exists, it’s almost certainly tied up with the long-standing tension in the Middle East. In Spokane and countless other cities, Jews and Muslims form friendships and allyships. After all, both groups are small minorities in a nation dominated culturally and religiously by Christianity. More can be achieved if we focus on our similarities than if we let differences divide us. And the wave of Islamophobia that the U.S. is currently experiencing, including Donald Trump’s talk of a Muslim registry, should send shivers down the spine of every Jew. It wasn’t that long ago, after all, that anti-Semitism reached a boiling point and we were the ones being barred from immigrating and forced to wear telltale symbols on our clothing. We know better than to tolerate that kind of thing.

If you’re having a Passover seder, we’d prefer it if you didn’t compare the breaking of the matzoh to the breaking of Christ’s body on the cross (this actually happens). And if you’re going to hang a mezuzah in your doorway, it’d be awesome if you understood its significance. Sure, not all Jews fully understand its significance, but if you’re not Jewish, the bar should be set a little higher.

If you’re not Jewish and you ask me what it’s like being one of God’s chosen people, you might get some snark in response. That’s partly because being thought of as the chosen people has put us squarely in the crosshairs of some pretty foul anti-Semitic behavior. It may also be because systematic persecution might make a people feel chosen, but not necessarily in a good way. And finally, it can come off sounding like: “So, what’s it like being better than everybody else, including me?” I’d wager that most Jews don’t spend a lot of time contemplating their chosenness. Asking what it’s like being “chosen” may reveal a degree of ignorance regarding the everyday lives of actual, 21st-century Jews.