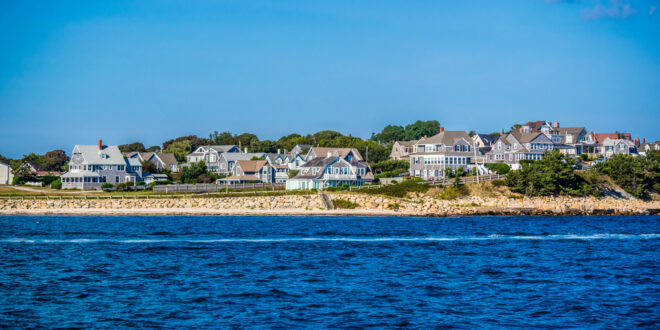 Martha’s Vineyard, the Law of Refuge, and Jesus

Martha’s Vineyard, the Law of Refuge, and Jesus

Truly I tell you, whatever you did for one of the least of
these brothers and sisters of mine, you did for me.
—Jesus, Matthew 25:40

Governors Abbott, DeSantis, and others are toying with them
like political piñatas with no concern for their well-being.
—The League of United Latin American Citizens

“When a stranger sojourns in your land, you shall do him no wrong. The stranger shall be to you as the native among you, and you shall love him as yourself” (Lev. 19:33-34).

Some have called this “radical hospitality,” and this moral imperative has been enshrined in international and American law.

The U.N. Declaration of Human Rights guarantees the rights of refugees in Article 14. In 1951, the U.S. was a signatory to the U.N. Refugee Convention, and in 1980 Congress passed the Refugee Act. By law, the entire U.S. is a sanctuary nation.

Those who seek asylum in the U.S. are not “illegals,” as long as they report to border officials. Even drug runners — most of them are Americans caught at border crossings — are not illegal per se; rather, they are committing illegal acts and should be prosecuted.

Incidentally, our borders are not “open,” as GOP propagandists claim, and the proof is the record 2 million arrests and deportations over the past two years.

In early 2019, Donald Trump ordered, according to Miles Taylor, former Department of Homeland Security chief of staff, that “the murderers, the rapists and other criminals” at the border be sent to Democratic cities. (What about New York City conmen?)

Without consulting federal agencies (who have full authority in these matters) and without alerting local officials, they, since April, have been dumping refugees in blue cities.

Without accurate asylum guidance and with false promises of work at unapproved destinations, this constitutes human trafficking pure and simple. In principle, this is no different than foreign women being promised modelling work and being forced into prostitution instead. A Texas sheriff is investigating Abbot’s stunt as a case of human trafficking.

Admitting that Florida’s “illegals” were “just coming in onesie-twosies,” cutsie DeSantis helped Abbot by kidnapping some of his instead. DeSantis spent over $1.6 million (twice the normal fare) to charter three planes — two sent to Martha’s Vineyard and one empty to Delaware, with the intent to embarrass the “liberal” media and President Biden.

Florida state senator Jason Pizzo has filed a lawsuit against his state charging that DeSantis has misused money from a $12 million migrant transport fund.  In a Massachusetts court, Lawyers for Civil Rights have alleged that top Florida officials “manipulated them, stripped them of their dignity, deprived them of their liberty, bodily autonomy, due process, and equal protection under the law.”

In mid-September, a woman named Perla, speaking broken Spanish, accosted refugees on the streets of San Antonio. (We now know that Perla Huerta is a retired U.S Army Sergeant from Tampa.) With the promise of a hotel stay and meals, she lured 48 people to DeSantis’ scheme

The migrants were given a crudely printed document promising cash assistance, jobs, housing and schooling for their children in Boston. A map with an arrow pointing to immigrant services turned out to be a parking lot.

Instead, two privately chartered planes flew to Martha’s Vineyard with the obvious intent of dissing blue state elites. People there, except for one woman featured on Fox News, welcomed them with open arms.

They are now at an unused military facility on the mainland where immigration officials will sort out their cases. They obviously were not deported as Fox News has erroneously reported.

There are at least two delicious ironies in this boondoggle. First, there is a thriving Brazilian immigrant community (many still undocumented) on Martha’s Vineyard that essentially keeps it running.

Second, three kidnapped Venezuelans expressed interest in joining their families in Florida. DeSantis may also receive criticism from Florida’s Venezuelan community — the largest in the nation.

It is significant that Jesus never mentions the alleged sin of homosexuality; in fact, the only reference to Sodom and Gomorrah is Matthew 10:5-15. There he warns those who do not receive his disciples kindly will be judged more harshly than the people of Sodom and Gomorrah.

The sins of Sodom are, according to bible scholar Michael Carden, “inhospitality, xenophobia, and abuse of the poor.”

I dislike the word “Sodomite,” but I use it here only to clearly identify, according to Jesus’ meaning, who among us are the real Sodomites.

Previous Shanti Ragas concert and workshops happening this weekend
Next Speak out: refuse to justify the ‘unthinkable’ of using ‘limited’ nuclear weaponry