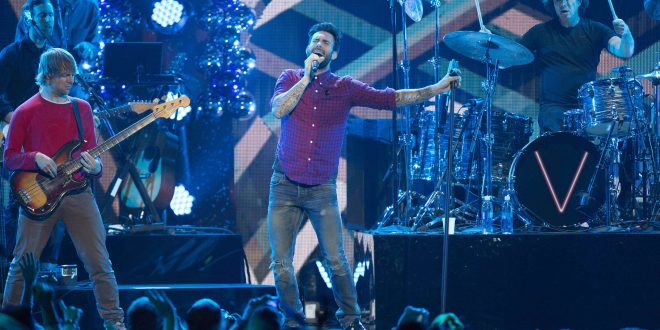 WINSTON-SALEM, N.C. (Reuters) – The band Maroon 5 is cancelling concerts planned in North Carolina, the latest musical act to take a stand against a state law on bathroom use that has been criticized as discriminatory against transgender people.

“This was a difficult decision for us to make as a band,” the American pop rock group said on its website on Friday.

“We don’t want to penalize our fans in North Carolina by not performing for them, but in the end it comes down to what we feel is morally right AS WE FEEL EVERYONE SHOULD BE TREATED EQUALLY.”

With a law passed in March, North Carolina became the first state in the country to require transgender people to use multiple-occupancy public restrooms and changing facilities that correspond with the gender on their birth certificate rather than their gender identity.

The law, approved by the Republican-led legislature in a one-day special session, also blocks local governments from passing anti-discrimination ordinances that include protections based on gender identity and sexual orientation.

It has sparked lawsuits by both supporters and opponents of the law, and a mounting backlash from corporations, conventions, tourists and entertainers. Last week, the U.S. Justice Department asked a federal district court to declare that the state is violating the 1964 Civil Rights Act.

On Tuesday, renowned violinist Itzhak Perlman also backed out of a scheduled performance in North Carolina in protest of the law. Other performers who have canceled shows in the state include Bruce Springsteen, Demi Lovato, Nick Jonas, Boston, Pearl Jam, Ringo Starr and the group Cirque du Soleil.

The upcoming shows by Maroon 5, known for hits such as “Moves Like Jagger,” were to be held in Raleigh and Charlotte. The band’s decision drew praise and criticism from fans posting comments on its website.

“You shouldn’t punish your fans who have no control over the politics!” one post said.

Republican Governor Pat McCrory’s campaign spokesman Ricky Diaz questioned the timing of the band’s “political statement.” McCrory is up for re-election in November.

“At this point, the only people they are hurting by hypocritically targeting North Carolina for selective outrage are their fans and the hardworking men and women servicing these shows while they keep tour dates overseas – even in Russia,” Diaz said in a statement.

Previous A letter of thanks to an old professor
Next Ask A Catholic: Who can give the eulogy at a Catholic funeral?