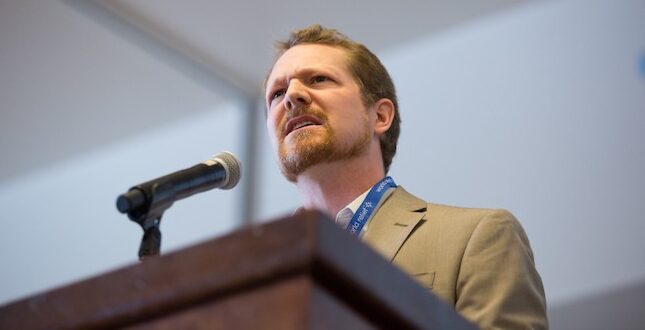 With “mixed emotion,” Mark Finney announced his resignation as executive director of World Relief Spokane in an email to his staff the afternoon of Wednesday, Jan. 19.

This came at a time when the office is receiving about 30 Afghans a week to welcome into the community.

In his letter, he writes of his time with World Relief and how much he loved being a part of it—from when he began as a resettlement specialist in 2016 to when he was hired as its executive director at the start of the U.S. refugee travel ban in February 2017.

“Leading here has given me a deep sense of purpose and meaning in a very dark time for immigrants around the world, for our nation, and for the American church,” Finney wrote in his letter. “I will be forever grateful for all the ways I have grown, all the relationships I have formed, and all the contributions I was able to make to the cause of refugees and other immigrants.”

He continued to explain that in the past few weeks, his end at World Relief was becoming evident as he began to see that he could do so much more for immigrants if he started his own locally-based nonprofit organization.

“Over the past few weeks I’ve shared this dream with several people who know me well and all of them have confirmed this sense of calling and God’s leading in this direction,” Finney said in his letter.

Recently, World Relief Spokane has been the focus of controversy in the community as the national office rescinded the local office’s offer to hire an attorney who was in a same-sex marriage. At least two employees have resigned because of this decision.

“I just want to call people towards a vision, and I want to call anyone in our community regardless of their positions on any other social issues to stand with and serve our immigrant and refugee neighbors,” said Finney in a phone interview.