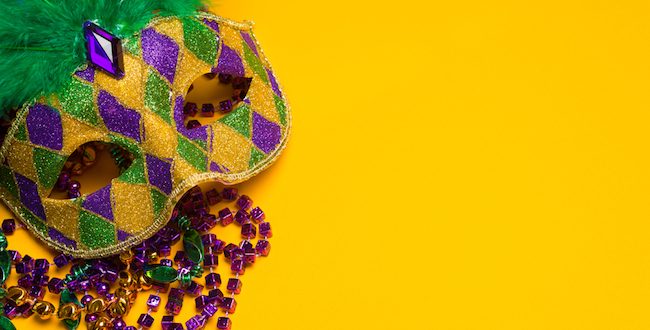 Mardi Bras is an annual joint-fundraiser between Hope House of Volunteers of America and Transitions Women’s Hearth to raise bras, underwear, and STA bus passes for homeless women in Spokane.

The fundraiser encompasses many events throughout town, including a Fat Tuesday collection at The Observatory on Feb. 13 from 5-8 p.m. Also individuals throughout town are hosting Mardi Bras parties in their homes. Westminster UCC  is hosting its own Mardi Bra party for the organizations on Feb. 10, from 11 a.m. – 2 p.m.

Festivities will include music, gumbo, Mardi Gras-themed dessert, and a guest speaker, Director of Volunteers of America Jon Corollo.

Female attendees are asked to bring one of the following:

“It’s even tougher being a homeless woman,” said Rev. Andrea CastroLang of Westminster UCC. “One of the things people don’t think about is that you need a bra that fits, you need underwear, you need feminine hygiene products. Many think the homeless are all men. That is not true. There are plenty of homeless women, too.”

Karen Nielsen, an organizer of the event and Westminster member, is excited for the church to host its first Mardi Bras event. “One of the missions in our church that I really connect with is helping our homeless neighbors. These items are essential but are often overlooked,” says Nielsen, “so it is really neat to meet those things specifically.”

“This is an opportunity for us to recognize our sisterhood, trying to honor that I am a woman and that you are a woman and that we are going to take care of each other,” said CastroLang. “In terms of dignity, every woman deserves a well-fitting bra.”

Shane Bell is a local author who has written for newspapers, magazines, blogs, and websites. Currently he is really enjoying writing articles for his church, Westminster UCC, and the greater Spokane community. When he isn’t writing, he enjoys his work as a therapist, walking his dogs, and spending time with his girlfriend, friends, and family.

Previous Change and Tolerance in the Church
Next Free, at last, of football