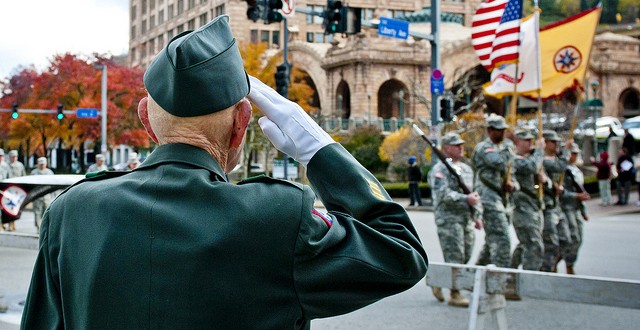 Many Serve. Let’s Honor Them.

In our society public service takes innumerable forms, some appreciated in the moment, others only in retrospect.

True service to the public must involve some sacrifice as it is, by definition, selfless. The public servant gives up something so as to serve the larger society.

Teachers, shamefully underpaid and overworked by any measure (and that includes college professors) give up a great deal so that they may teach. The best educators I have known will tell you they are called to the profession just as someone might be called to the ministry. The satisfaction they earn through service compensates for the more material sacrifices.

First responders are public servants. Without in any way diminishing the crucial discussion about police violence and systemic racism, the police officers I have known serve honorably. The best will tell you they are called to that service and that the pledge “to serve and protect” is more than a motto.

Journalists are first responders, willing to sacrifice to meet their calling, eschewing careers that pay better, provide more livable hours, and are more widely appreciated so that they may produce that first draft of history.

As the COVID pandemic became a consuming crisis last spring, we came to a greater appreciation of others who serve. Medical professionals and those who keep the medical infrastructure operating sacrifice to the benefit of society. They too are called.

And we have come to appreciate as public servants those whose place in our society is often discounted and diminished. During the pandemic, restaurant and grocery workers, warehouse workers, long-haul truck and local delivery drivers, all risked their health because, as we now understand, their service is essential to our lives.

In our society we justifiably honor all who serve, all who respond to the call But we reserve special honor and respect for those who serve in the military.

In the modern American military, service personnel are volunteers. For countless reasons, they step forward to serve, some for educational opportunity and training, some for employment, some for reasons of patriotism. It does not matter. They sacrifice much, including, potentially their lives, for the greater good.  Some may never face combat. But the possibility is always there. Can there be any greater commitment to service?

But consider this: In the great wars of the 20th Century, most who served in the American military were not volunteers. They were drafted, required by law to give up their families, their homes, their jobs.

And through the great war against the remnants of European monarchy, the great war to defeat fascism, the international war to stop Communists in Korea, and the misguided, brutal but often  heroic war in Vietnam, those draftees fought with distinction and courage and honor. Do they deserve less honor and respect because their service was not voluntary?

The late historian Stephen Ambrose attributed American military success in World War II to those draftees who served in a system that valued American individualism and personal initiative while still requiring sacrifice for the greater good.

That sacrifice is evident in the rows of crosses and other religious symbols that mark the graves of hundreds of thousands of American military personnel in cemeteries around the world. They are the honored dead who gave, as Lincoln said, “the last full measure of devotion” to the cause they served.

My father served. At the end of his life, he talked to his sons about his Navy service, his willingness to sacrifice all. In his 80s, near death, service to his country remained one of his proudest accomplishments.

I did not serve. Like so many of my generation, I fought against the war in Vietnam. So many of my peers avoided service for reasons petty or great. They had high draft numbers. They retained student deferments – even when school was an afterthought. I know a few who left for Canada and one who resisted the draft and went to prison. I was a conscientious objector, not an easy status to obtain for an American Jew.

My anti-war beliefs, then as now, were sincere. But later in life I came to more fully accept that my refusal to serve meant that someone else went to Vietnam in my place and is quite possibly resting in a national cemetery plot that fate or destiny originally reserved for me.

As one who declined to serve, I have the greatest possible respect for those who did. I try to honor them by living a good life and, in turn, living up to and championing the ideals that inspired their calling. And when I thank a veteran for their service, I mean it.

Which leads me to this question: What sort of American would ever view those who served as suckers or losers? What does it say about a person’s character to hear them ask of veterans “what was in it for them?” We know the answer to that question; someone who avoided service not out of principle or conviction but because of sore feet, and who once said his battle to avoid exposure to venereal diseases was his personal Vietnam.

Those who do serve are to be honored. Those who dishonor them have no honor themselves.

Previous ‘Kayak Church’ gathers in person — and on the water — amid pandemic
Next Chronicles of Corona: Silver Lake Conference Center