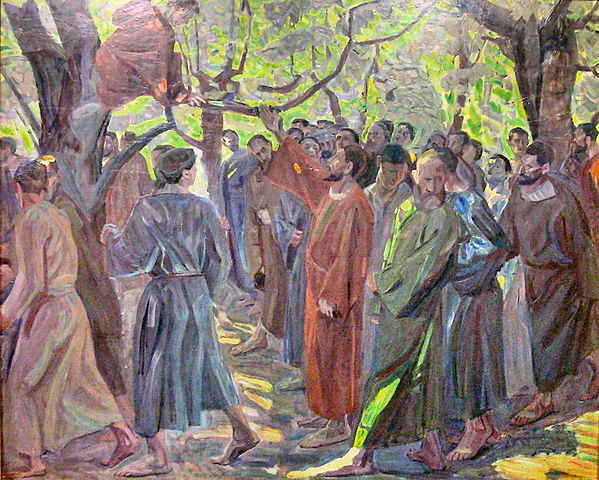 What we can learn from Zacchaeus 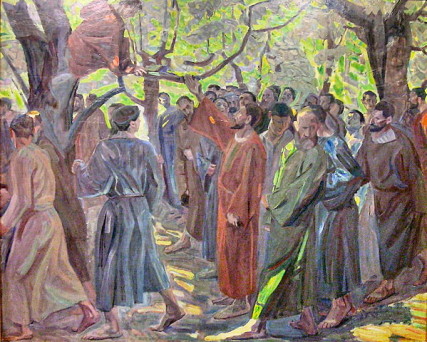 In my church‘s Gospel reading for the week of Nov. 3, Luke 19: 1-10, Jesus encounters Zacchaeus. Who was this man, Zacchaeus? The text tells us that he was “a chief tax collector, and a wealthy man.”

During that time, the Jewish people were ruled over by by the Roman Empire. The Empire exacted excessive taxes from the Jewish people. In this context, a tax collector was a Jew who participated in the oppressive Roman taxation system. Custom allowed tax collectors to add an overcharge to the tax, and this is how they made their living. Some tax collectors added unreasonably high overcharges, extracting large sums from their fellow Jews; in this way, they often became quite wealthy. As a result they were viewed negatively, perhaps even hated, by their countrymen. They were seen as traitors who participated in the system of Roman oppression and as thieves who stole more than the Roman tax required. They were commonly regarded as sinners and socially ostracized.

Zach had risen to the level of a “chief” tax collector, which meant that he oversaw other tax collectors, and profited from their work (i.e., skimmed some money off of what they collected). In order to rise to this level, he must have been regarded by the Romans as someone who they could trust and depend upon. He had bought into the system of oppression against his own countrymen and as a result, had become a wealthy man!

Yet Jesus looked upon this man in a different way. Jesus thought about Zach with a new mind. He did not regard Zach through the lens of the common dualisms of the day. Upon seeing Zach, Jesus said to him, “Come down quickly, for today I must stay at your house.” Jesus reached out to this man, a man commonly regarded as a sinner, thief and traitor, whom others ostracized, with compassion. Jesus sought to share a meal with him, which was a sign of radical hospitality in that culture; he sought to stand in solidarity with this man who was ostracized. Jesus proclaimed that this man who was ostracized from a dualistic way of thinking, was also “a descendant of Abraham.”

In other words, Jesus recognized and appreciated the commonality of this man with all other men. Jesus did not ignore or sugarcoat Zach’s situation. Rather, he proclaimed through his actions and his words that, “The Son of Man has come to seek and to save what was lost;” that the mercy, love and compassion of God is for all, not just for those who believe that they earn it by their “good” behaviors.

This is one of the clearest examples in the Scriptures of the simple truth that the good news of God’s mercy, compassion and love are for all people, for all time. There are no dividing lines which exclude some people from God’s compassion and love. Our binary way of thinking, which allow us to include and exclude, no longer fits. As St. Paul says, “There is neither Jew nor Greek, slave nor free, male nor female, for all are one in Christ” (Gal. 3:28). Shouldn’t this be extended to include the common dualisms of our day? Isn’t it equally true that through the non-dualistic lens which Jesus looks, there is neither young nor old, rich nor poor, white nor black, gay nor straight, American nor Iraqi, Democrat nor Republican?

Tags all are one in Christ dualistic thinking galatians 3:28 luke 19 oppression of the roman empire zacchaeus