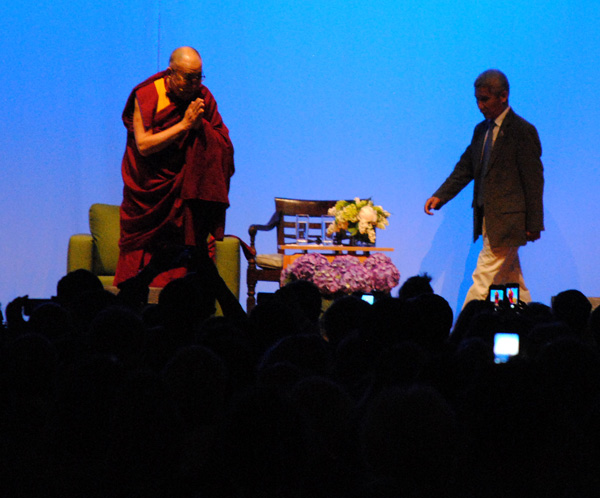 The Dalai Lama greets a crowd of 10,000 in Portland /Tracy Simmons photo

What I have read of each of these leaders is that within their own lives, they do not ask what your faith is or whether you even have one, but rather how can they serve you to lessen your suffering. (There are others that I could have added to this list, but these are the most recognizable in terms of those that have spoken and/or written about service.)

I believe serving humanity at this level takes a deep love of all beings, not just those that agree with us. I know that while both the Dalai Lama and Thich Nhat Hanh were forced to leave their respective countries and live in exile, they used those experiences to enliven their practices and bring a wisdom of peace and compassion to the world.