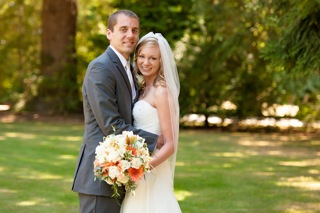 Looking to get married? Try a Christian college

(RNS) When Dordt College graduates Jordan Harmelink and Rachel Tennant said “I do” at their July wedding, they joined the masses of graduates who meet their spouse at private Christian colleges.

The 12 schools that appear on both lists: They’re all Christian colleges.

“There’s a Lutheran boy for every Lutheran girl,” said Jeff Schone, vice president for student life at Martin Luther College in New Ulm, Minn. “I’m being lighthearted when I say that. But it seems to be true.”

The analysis by Sofus Macskassy and Lada Adamic of Facebook’s data science team compared users’ profiles and looked at couples who were listed as being married to each other and who attended the same college. The study only considered four-year schools with at least 1,000 married alumni.

The study found that among Facebook users who were married college graduates and over the age of 25, about one in four (28 percent) had attended the same college. (There were several caveats, such as not including people who didn’t list their college in their Facebook profile, or being unable to say whether the romance bloomed before, during or after college).

Either way, the study left one thing clear: If you’re looking for a spouse, start on a Christian campus.

Edward Blews Jr., president of the Council for Christian Colleges & Universities, said he was not surprised that the majority of schools listed were Christian schools since the students at Christian colleges often have shared values.

Schone said students at religious schools often come from similar backgrounds and have similar plans for the future, and perhaps marriage is more highly valued by Christians, resulting in higher rates among young people.

Blews also met his wife while the two studied at Seattle Pacific University in the 1970s.

“For me it was love, pretty much at first sight,” Blews said. “I was just fascinated by this beautiful young woman who was very smart and very outspoken and very articulate.

“We keenly understood the theological perspective that we shared, the culture in which we grew up. For us that really did lead us to become soul mates. And for us we have no question that God ordained that we should come together in a lifelong marriage.”

While many marry at Christian colleges, Blews said schools must be careful not to demean singleness. The single life, Blews said, is “also an important and valued spiritual expression to be respected and celebrated.”

Harmelink said his classmates often laughed about the marriage culture at Dordt, joking that women on the campus in Sioux Center, Iowa, were in search of their “MRS degree.”

Shortly before Harmelink arrived on campus, people at Dordt promoted the slogan “get engaged,” Harmelink said, meaning students should “get engaged with God.”

Students didn’t take it quite that way.

Macskassy and Adamic said that they would like to further study the age at which people marry.

“We think this may reflect the attitudes toward marriage for those who choose to attend religious institutions,” the researchers said in a statement. “One likely factor is that if one marries younger, one is more likely to marry someone they met in college, as opposed to someone they meet later on in life.”

The schools where both men and women have the best chance of finding a spouse are:

The post Looking to get married? Try a Christian college appeared first on Religion News Service.