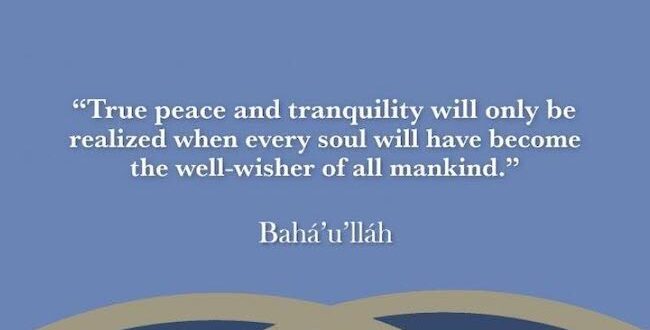 Driving my Toyota or snapping photos with my Panasonic, I pause to consider this “date which will live in infamy.” Much has happened since Dec. 7, 1941. The interminable years of World War II passed. Even before the war ended, statesmen began creating an international body to minimize chances for such infamy to recur. In September this year, the United Nations celebrated its 75th anniversary.

The United Nations and the Baha’i International Community

Despite growing pains, the UN has become the dominant international authority for scientific, health, cultural, monetary, political, and other types of information, guidance, and direction. Its legacy is strong. My last SpokaneFāVS post touched on that legacy.

The Baha’i International Community (BIC) has participated as a non-governmental UN affiliate since 1948, encouraging efforts to recognize and protect fundamental human rights. For the UN’s 75th anniversary, BIC issued “A Governance Befitting: Humanity and the Path Toward a Just Global Order.” The statement describes measures necessary for advancing the state of our global political economy.

It begins by observing that “rapidly shifting global realities prompt a deeper appreciation of humanity’s interconnection and interdependence.” Two threats to humanity illustrate the truth of this statement: climate change and COVID-19. Neither recognizes the artificial boundaries humans have fought over eternally. Vaccines may lull us into resuming old postures, but there’s no escaping climate change. Without significant international cooperation, we’ll recall WWII as a walk in the park.

“The human family is one,” the statement observes. “This is a truth that has been embraced by multitudes around the world.” The human genome, “nature’s complete genetic blueprint for building a human being,”corroborates this, with profound implications for collective human behavior.

That behavior “must now give rise to a coordinated movement toward higher levels of social and political unity,” BIC’s statement continues, because “the perils of a global community divided against itself are too great to countenance.”

We are at the threshold of a defining task: “purposefully organizing our affairs in full consciousness of ourselves as one people in one shared homeland.” The statement hastens to assure that uniformity is not desired, but rather a system strengthened by infinite diversity: “What is needed today is a settled consensus” that preserves “the various systems and cultures around the world,” yet “embodies a set of common values and principles that can attract the support of every nation.”

Already many such ideals have filled global agendas, such as “the universality of human rights, the imperative to eradicate poverty, or the need to live within environmentally sustainable limits.” But more is needed.

“A framework that accommodates a diversity of approaches, built on a commitment to unity and a shared ethic of justice,” the statement continues, “would allow common principles to be put into practice in countless arrangements.” Within such a framework, “differences in political structure, legal system and social organization” could serve as “sources of potential insight into new solutions and approaches.”

This is not unlike the adaptive learning process employed by decisionmakers in many commercial and scientific endeavors. Based on the best information, decisions are made, implemented, and monitored. Monitoring reveals decisions that were not optimal, and course corrections are implemented to better reach objectives.

Learning from each other

BIC’s statement suggests this option for international cooperation: “To the extent that nations commit to learn from one another, ingrained habits of contest and blame can be replaced by acceptance of setbacks and missteps as inevitable aspects of the learning process. True acknowledgement of global interdependence requires genuine concern for all, without distinction.” It observes, “the welfare of any segment of humanity is inextricably bound up with the welfare of the whole.”

Much of this requires a “holistic and coherent approach to analysis and decision-making” that allows us “to see each other as genuine partners in the stewardship of the planet” while “securing the prosperity of its peoples.”

Underlying it all is the need “to give thought to what so many might term the human spirit—that essential quality which seeks meaning and aspires to transcendence.” Much current thinking relegates such concepts to the realm of personal beliefs, thus “outside the concerns of policymakers and administrators.”

Questioning this position, BIC’s statement cites examples showing “progress for all is not attainable if material advancement is divorced from spiritual and ethical advancement.” The reason? “Growth unmoored from justice and equity” results in benefits being disproportionately distributed among few, while leaving many “in precarious conditions.” In summary, “Only by ensuring that material progress is consciously connected to spiritual and social progress can the promise of a better world be fulfilled.”

The BIC statement concludes with Baha’u’llah’s poignant appeal, voiced long ago: “Let them take counsel together and, through anxious and full deliberation, administer to a diseased and sorely afflicted world the remedy it requireth.”