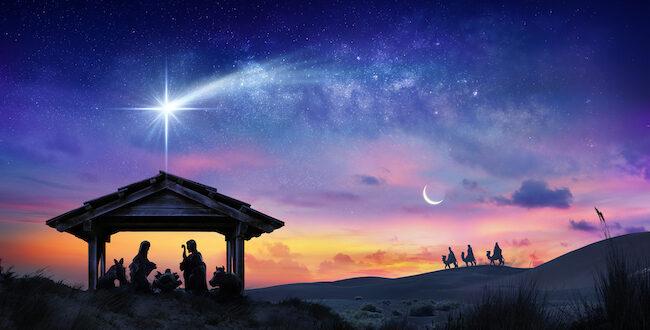 Look What the Virgin Birth Has Wrought

Look What the Virgin Birth Has Wrought

The doctrine of the Virgin Birth is a slur on natural motherhood.

I’ve been studying the world religions for about 55 years, and early on I discovered patterns in the birth stories that I call the Savior Archetype.

Some of the world’s redeemers had a royal genealogy, others were threatened in infancy, and the arrival of some was foretold in prophecy. Jesus, Buddha, Krishna, Zoroaster, and Mithra were said to be born of virgins.

In the Buddhist story, a white elephant (equivalent to the Christian Holy Spirit) enters the womb of the Buddha’s mother, and later she, just like the medieval Mary, became the Queen of Heaven. As the Mother of God, one medieval painting depicts the Trinity as residing in Mary’s womb.

The Buddha came out the side of his mother so as to prevent any defilement from the birth canal. Christian writers also went to extremes to prevent the same fate for Jesus. The result was yet one more act of stripping him of his humanity, as well as making human reproduction something “dirty.”

In the New Testament it is only Matthew and Luke that have birth stories, and only Matthew mentions the Virgin Birth. He uses the Greek version of Isaiah 7:14, which mistranslates the Hebrew word almah, which means “young woman,” not virgin. Paul’s letters are the earliest Christian writings, and he wrote that Jesus, seemingly unaware of a miraculous conception, was “born of a woman” (Galatians 4:4).

Joseph must have been more than surprised when he found his fiancée pregnant. Mathew reports that “he had in mind to divorce her quietly,” but he reconsiders after an angel tells him that Mary’s son is the Messiah.

Matthew tells us that Joseph had “no marital relations” with Mary until after Jesus was born. It appears as if that Joseph at least had the privilege of fathering Jesus’ brothers and sisters. This, however, contradicts church doctrine of Mary’s perpetual virginity.

I believe that both Mary and Joseph would have been sorely offended to learn that the Church Father Jerome decided that their remaining children were from Joseph’s previous marriage.

Not only is Mary forever pure, but the Church also added the doctrine of the Immaculate Conception—that she was born without sin. This of course begs the question of her mother’s conception, which would have required that she be sinless as well.

Medieval theologian Bernard of Clairvaux countenanced a logical, but absurd regression all the way back to Eve, whom Church Father Tertullian called “the Devil’s Gateway.”

To prevent this inadmissible conclusion, one medieval account proposed that a sinless, virginal daughter of Abraham was the origin of Mary’s immaculate lineage. Dear God, look where the mistranslation of Isaiah 7:14 has led us!

Although Martin Luther firmly believed in each of the Catholic doctrines about Mary, he, nonetheless, wanted to bring her down to earth. He imagined her as a humble maidservant: “milking the cows, cooking the meals, washing pots and kettles, and sweeping out the rooms.”

My own preference is to make Mary, Joseph, and Jesus even more human. Jesus himself was quite explicit about this: “No one is good except God alone” (Mark 10:18).

Every night millions of children are born all over the world, and many of their parents find themselves in the dire straits of the Christian Nativity.  Does it require us to elevate Joseph as a saint and essentially deify Mary to draw a powerful lesson from this story?

I believe that is more redemptive to hold this poor, peasant woman with a child of uncertain paternity—among “the least of these, my brethren”—as a potent symbol for Jesus’ message of unconditional love for all people.