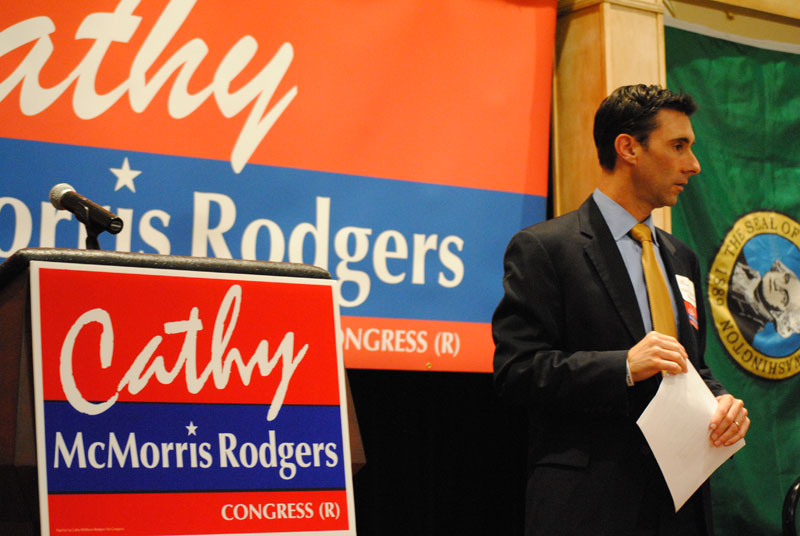 About 300 Republicans are expected to watch the election at The Davenport tonight.

As of 7 p.m. over 100 guests had already showed up, feeling optimistic that America would vote red.

“I would hope the American public has awakened to the realities of what a second term of an Obama presidency would mean to the demise of this country, this constitution, this way of life, the liberties we enjoy under the constitution, primarily the 1st and 2nd Amendments,” said Marilynn Huff, of Veradale.

Though hopeful, she said she was still nervous about how the night would go.

“We have a very uneducated population in this country,” she said. “They would rather receive the fish than learn how to fish.”

Dressed in red, white and blue and glancing nervously up at one of the four screens showing live election results she said, “We need this.”

For more photos of the Republican party visit our Facebook page.