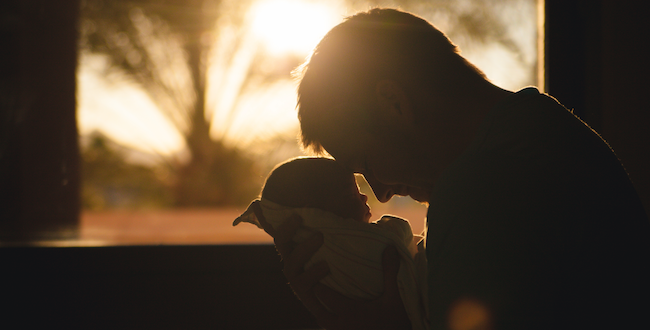 Pexels image of father and child

Our nation has been grappling with the notion of family for generations. We have yet to agree on a clear definition of family, much less agree on what a successful family looks like. But in one thing there is overwhelming evidence: children who come from stable homes tend to do better in life.

Many young people in Spokane are engaging in self-destructive and illegal activities. Sheriff Ozzie Knezovich sees it all the time. A call came in last week about some gang activity, with shots being fired. “We responded. Deputies were all around. I climbed over a fence and I could see a group hiding behind a tree. I call the first one out, and he’s a baby. 13, maybe 14 years old, and here he is, shooting at other babies. So I ask him, ‘Where’s you mom?’

The statistics regarding the effects of fatherlessness on children and communities are overwhelming. Spokane Fatherhood Initiative Chair for the Greater Spokane Association of Evangelicals (GSAE), Ron Hauenstein said, “Because of the widespread effects of fatherlessness, every church, business and government agency is affected. If Spokane is to enjoy stronger families and safer children, if fatherhood is to be restored to its rightful place in our culture, then the body of Christ must be mobilized.”

The GSAE continued its mission to fatherlessness by holding the 2017 Spokane Fatherlessness Conference on Jan. 20. The purpose of the gathering was to “engage the Church of Spokane in the spiritual battle against the damaging consequences of fatherlessness in our community.” Invitations to the event went out to pastors, youth pastors, men’s ministry leaders, Sunday School teachers and other leaders of faith-based ministries. Other interested members from the community were welcome to attend as well.

The conference was a part of a plan set in motion a year ago when nearly 100 Christian leaders gathered to discuss concerns facing their congregations and communities. When given the task of naming the one most pressing problem, fatherlessness emerged – by nearly unanimous consent – as the primary social issue confronting our community today.

Hauenstein honored the important role of mothers in families, and gave tribute to their important work. He then presented stories from the news of the distressing behaviors we are seeing in young people throughout Spokane. “Instead of just pulling drowning kids out of the river, we need to go upstream and see who or what is pushing them in.” Cities such as Portland and Bellingham have recognized the same crisis of fatherlessness in their communities and have fostered strong relationships with their churches to address it.

Amy Vega, Vanessa Behan Crisis Nursery executive director, explained, “Young parents are starving for someone to listen to them, to connect with them.”

Supporting single mothers is a major part of their work. She also added that two-thirds of families served by the Nursery make less than $5,000 a year, and the other one-third live below the poverty line. It’s typical for women who bring their children in to list a boyfriend as a secondary contact.

Vega adds, “When we ask the boyfriend’s last name, I’m surprised how many women have to call and find out. This shows how removed the men are from these children. These kids cling to those few men who come in to volunteer or work here. They are desperate for some positive interaction with men.”

Erik Larson and John Pemberton from the Department of Social and Human Services (DSHS) described the crisis that Spokane County is seeing with children being removed from their homes. The state operates within the belief that, “every child deserves to have a healthy mother and a healthy father.” Currently, there are 1,157 children in the foster care system, far too many for the current foster homes to adequately handle. There have been times that children had to sleep on the floor of the DSHS office, watched over by DSHS staff, because there was nowhere else for them to go.

“Fathers and the families of those fathers play an important role in the lives of their children. We are working to help children have good relationships with their fathers,” Larson said.

Larson listed some of the barriers they see for men seeking help, including difficulty admitting to the problem, struggling to ask for help, perception of weakness, fear of intimacy and vulnerability, and scarcity of treatment approaches specifically designed for men.

Pemberton added, “Spokane is doing a marvelous job of caring for the homeless adults, in caring for the environment, and other things. But we are not taking care of the fatherless here. God has a heart for three people: the widows, the fatherless, and the aliens. We need to step in to the crisis. If one family from every church in Spokane became a licensed foster care home, the crisis would be solved.”

Knezovich added, “We know what that problem is. Fatherlessness leads to more than just gang violence. In a recent sting, 13 men were arrested for going to an address posted in a Craigslist ad offering sex with children. What was not reported was that there were 1,000 more men who responded to the ad electronically. The first night the ad was placed, there was so much response that the server crashed. This is a problem. Men are having sex with children right here in our community, and we aren’t doing anything about it.

“Another problem is that our daughters have figured out they can make money with their bodies. But in the end, they don’t get the money. It goes to their pimp. Just like with those gang members, we ask the girls, ‘Where is you mom?’ ‘She’s at work.’ ‘Where is your dad?’ ‘He ain’t here.’ And we have to ask why we are in this mess? Where are the churches? Where are you?’

Jeff Ross, from the Skate Church, an organization that brings Gospel teaching to the youth on the streets of Hillyard and Downtown, works with 2,000 kids downtown alone. Every kid is different, but there is one thing that they all share in common. “They all have no dads… We have to meet them where they are and hear what they are saying… In this world, there are so many distractions that our ears aren’t really tuned in to the SOS’s.”

All attendees of the conference seemed to agree that there is incredible potential for secular, educational and faith-based organizations to link arms and to be a solution.

Will you help support local journalism by making a donation to SpokaneFāVS?

Previous A monopoly on “Truth”
Next The Women’s March: Lighting a spark, finding hope 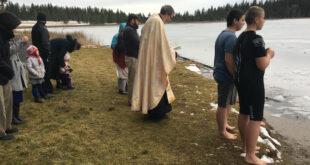 According to a press release, about 30 church members gathered for the outdoor service, which included the singing of Psalms, Scripture readings, and the casting of a wooden cross three times into the lake