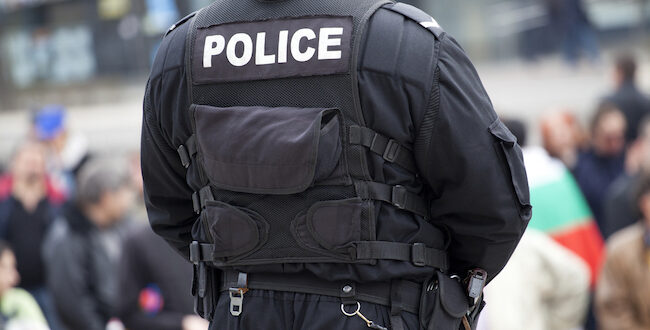 On June 15, the Spokane City Council was scheduled to vote on a new contract between the city of Spokane and the police guild. In the weeks following George Floyd’s murder in Minneapolis, national rhetoric on the police force has undergone a dramatic shift. The vote on the new police contract has been postponed, giving council members additional time for deliberation.

And local organizations have been quick to voice their opinions on the issue.

“When the protection afforded by a union or a guild is the reason an unfit officer, teacher, nurse, and others is allowed to continue in their role, the entire profession is damaged. Change must come from the inside and guilds and unions are on the inside. Step up and become part of the dismantling of the racist structures!,” said the Faith Leaders and Leaders of Conscience of Eastern Washington and North Idaho in a press release on June 2.

They join with the Spokane NAACP and Faith Action Network (FAN) in calling for the dismantling of systemic racism in this country.

“The Spokane NAACP condemns this new contract and calls on the Spokane City Council to vote to reject the contract unless it provides the independent investigative powers called for in the City Charter,” stated the NAACP June 11 press release.

Faith Action Network, in a press release from June 12, called for full implementation of The Law Enforcement Training and Community Safety Act, and, “the reallocation of funds that have been used for militarizing and expanding police forces.” The organization also called for changes in how local police confront peaceful protestors and passage of the Justice in Policing Act as well as passage of the Emmett Till Anti-Lynching Act.

The Spokane Community Against Racism issued a list of demands on June 18 that calls for the defunding of police and reinvestment into the community, change in police culture, police oversight, and justice reforms.

We Believe We Vote, however, issued a statement on June 12, urging residents of Spokane to consider contacting city council and push for a ‘yes’ vote on the police contract.

Local clergy members are erring on the side of increased police oversight and accountability.

The Rev. Scott Starbuck is a pastor at Manito Presbyterian Church as well as a professor of religious studies at Gonzaga University.

“…We tend to think that human beings are fallible and put into a situation where they’re sort of put into a vice of pressure. Without that accountability, we think that oftentimes power leads to corruption. But, positively, we believe that’s how right relationships with one another are best nurtured: through mutual accountability,” Starbuck said.

The Rev. Tom Lamanna of St. Aloysius believes the police need to exercise what he calls a “dynamic professionalism.” Essentially, he explained, organizations, such as the police, need to always be oriented toward evaluating the current climate and what adjustments need to be made in accordance.

Recognizing the deeply embedded racism in American culture and the progress that has been made up to this point, Lamanna says we have to do more.

“Has there been some progress? Yeah. Has there been enough progress to end it (racism)? No. So you’ve gotta keep moving forward,” he said.

“A lot of policing practices that were acceptable 20/25 years ago; they’re not acceptable anymore. And how do we deal with that? That’s the issue,” said Walter Kendricks, pastor at Morning Star Missionary Baptist Church.

Kendricks pushes for a re-imagination of the police force.

The Rev. Jim CastroLang, a member of FAN Spokane, said defunding the police may not be the right language, but said restructuring is undoubtedly necessary.

“Doing things around the edges is not going to change [institutional racism], so we need to restructure and rebuild what a police department looks like,” he said.

CastroLang identified the call for the ombudsman to be an independent investigator as the number one local priority when it comes to the police contract.

“If they [the police guild] are of the opinion that they want absolutely no oversight whatsoever concerning their actions and how they react, that’s not gonna happen,” he said.

CastroLang added that it’s time for the Spokane community to stop and listen.

“We need to listen to people of color. We have to listen to our [ministers of color] in this area, and we have to say: how can we be there for you?” CastroLang said.

Accountability and oversight are local faith leaders’ priorities when it comes to the police contract. Apart from the contract, there is a strong call for a re-imagination of what law enforcement looks like in Spokane and in the country.

Previous Ask An Evangelical: Living an Ethical Life
Next Even with SCOTUS ruling, trans lives still under attack