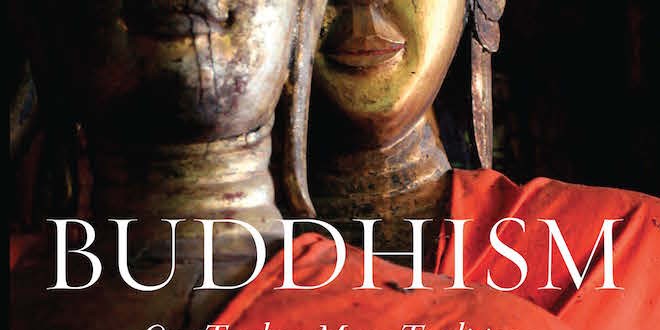 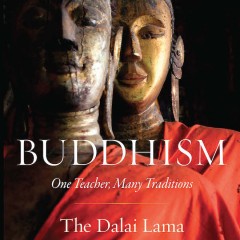 NEWPORT, WASH — From its ancient beginnings in India, to its relatively new birth in the West, Buddhism has come to be practiced in a variety of ways by its 488 million adherents.

Until recently, though, limited technology had prevented Buddhists in different regions from learning about one another’s customs, and had puzzled non-Buddhists trying to understand the faith.

“Learning about our similarities and differences will help us be more united,” the Dalai Lama writes. “We Buddhist brothers and sisters must also have closer contact and cultivate mutual understanding. This will benefit us as individuals, will help preserve and spread the dharma, and will be an example of religious harmony for the world.”

In the book, released in November, the authors examine two major Buddhist movements: The Sanskrit traditions of Tibet and East Asia, and the Pāli traditions of Sri Lanka and Southweast Asia.

“In Buddhism you don’t usually use the terms ‘Sanskrit and Pāli.’ You might use Therevada, Chinese, Tibetan, Mahayana, Vajrayana, Mahayana, Chan, Pure Land; there are so many different branches and types of Buddhism,” Chodron said. “People have different misconceptions, so let’s try a new terminology.”

Chodron, who is the first female monastic to co-author a book with the Dalai Lama, is the founder of Sravasti Abbey in Washington State, one of the only monastic communities in the west for Americans to study the Buddha’s teachings.

She had the idea for the text in the mid-1990s and has been working with the Dalai Lama on the project since. She explained that she originally approached him, asking him to write a brief text for geshes to use when teaching Westerners, since most Buddhist texts assume readers understand the age-old Buddhist concepts of rebirth, sangha, dharma and other key beliefs. At the Dalai Lama’s request, she began writing the book with him and over the years the purpose evolved.

“His Holiness said this book has to be different, it has to be unique, so we should put in information about other Buddhist traditions. Lets get information about other Buddhists because now we need to be 21st Century Buddhists and that means we have to have a bigger, broader view,” Chodron said. “He was also saying that he has so much dialog with people in other religions: Jews, Protestants, Catholics, Muslims, Hindus, but he doesn’t have much contact with people in other Buddhist traditions and, really as Buddhists, we should come together and understand each other’s traditions. We all are students of one teacher.”

Ven. Thubten Chonyi, a Buddhist nun who was raised as a Christian, said she hasn’t seen a book like this before, that honors and explains the commonalities and differences among Buddhist traditions, and said it’s important and timely because Buddhism is growing and falsities and biases about the faith are spreading. She added that learning about other Buddhist doctrines has been consoling to her.

“To look at the way Buddhism has spread far, far, far and wide, and to see how consistent it is, is reassuring to me,” she said.

The Buddha’s teachings are all similar, though emphases and information might vary from region to region. Chodron said Scriptures found in the Pāli traditions, for example, aren’t found in Tibetan cannons because Buddhism came to Tibet later. However, she explained, the Buddha intentionally delivered teachings at different times and places, knowing his lessons weren’t one size fits all.

“This has shown me what an incredibly skillful teacher the Buddha was. People have different personalities and inclinations, so he gave accounts and different explanations to meet people where they were at at that point in time,” she said. “The Buddha’s teachings, when we learn them, are good for any generation, for any kind of thing, because we all have ignorance, anger and attachment. Our core afflictions haven’t changed, so the Dharma techniques haven’t changed and can help anybody, but maybe the way it’s explained or the points that are emphasized do.”

Chodron said writing the book and studying other Buddhist traditions strengthened her own practice, and she believes it can do the same for others.

“I think we can practice one tradition, be grounded in one, but learning things in other traditions can add to what we’re already doing without getting us confused,” she said.

The Dalai Lama plans to have the 290-page book translated into Asian languages to spur dialogue among Buddhists worldwide.

Previous Jesus Was Not Born in a Barn!
Next Gratitude amid the memories of carnage