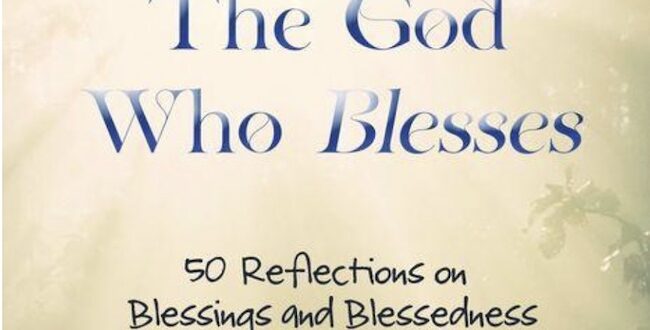 The book is a compilation of 50 thought-provoking, yet accessible readings for the more mature Christian. Each page gives the reader fresh insights into the nature of blessings, a familiar yet largely unexplored aspect of faith.

“We talk casually about blessings without looking more closely at what the concept entails,” Jackson said. “The book will stand out because there are so few titles on this topic.”

He said the book is meant for ] mature Christians who are eager to deepen their faith. He would like readers to deepen their understanding of God’s grace in their lives.

“The book will appeal to Christians for a wide range of denominations or faith traditions,” Jackson said.

He thinks many readers will be drawn to the book out of curiosity. The book is also written in an informal and journalistic style, which he said will make it easier for readers to stick with the material, especially since each of the 50 entries offers fresh insights.

Jackson is also working on another book titled “Grace for the Grieving: Words of Comfort in Times of Loss,” an anthology of quotations that reflect a Christian worldview of death and grief.

Jackson is a South African-born educator and author who taught journalism at Whitworth University for 32 years before retiring in 2015.

The book will be released in August and retail for $16.90.

Previous The Simple Sikh Teaching That Can Inspire us to Resist Hating Those Who Hate Us
Next Lesson From A Girl’s Bike: Who Cares What Others Think?