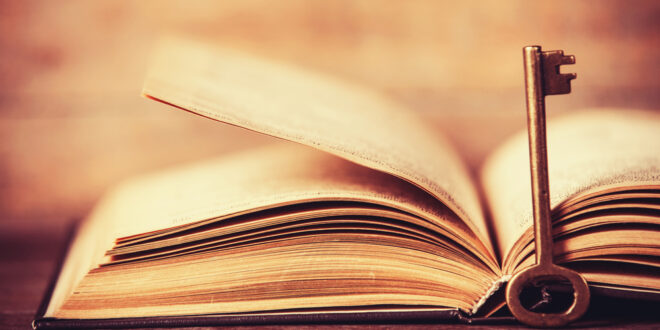 As a rule, mysteries are my novels of choice.

But lately, a friend has been giving me other books that have no semblance of mystery in the sense of a genre; rather, mysteries of life. Two have had a profound influence on my thinking during the past month.

“Matters of Chance” was only one of two books written by Jeanette Haien, a former concert pianist. It is a gentle book about the choices and the chance meetings of a man between 1925 and 1960. She examines how what appears to be random meetings can be life changing.

“The Midnight Library” by Matt Haig is anything but gentle. It is an almost Twilight Zone look at how the choices we make have ripple effects on ourselves and others.

Although I like the sci-fi quality of Haig’s work, it is also disturbing to think about multiple parallel lives existing from the small and large decisions we make that can alter forever our lives and the lives of those around us.

Haig is a prolific writer, in deep contrast to Haien, and most of his work deals with the “what ifs” in life. While Haien subtlety encourages, Haig openly challenges you to think.

That is what we all need occasionally — to be challenged in our thinking. To test and re-test our moral and ethical concepts. Every so often, we do need to reevaluate ourselves. We need to know: What is it we hold dear and why?

As humans, we should always be growing, questioning, testing what it is we believe and understanding the why. To really comprehend our values, we need to know why we hold those beliefs, and to see if they are still in line with what we have experienced.

Saying we hold a principle but not knowing why we believe it is a bit disingenuous because we are not being true to ourselves. It is like (when asked) saying you love vanilla ice cream when you really love huckleberry ice cream. You are doing what is expected or safe, not what you really believe.

To me, just continuing to accept something because that is what I was taught in the 1960s is fraught with pitfalls as society evolves. As we experience life, our attitudes and ethics change. More experiences do that for us, generally for the better. Those life changes impact what we say we believe, so our personal systems should also occasionally be challenged.

And while I thought Haig was “in your face,” I also appreciated the fact he did make me think about my own actions and how those decisions and actions impacted others. What I write about and why I select the topics, are they helpful or do they cause harm?

You see, that is the basis of all ethics: Do no harm.

Too often, we blithely make decisions that do cause harm. Most people are polite or resist confrontation and will not tell us when we have created harm or hurt their feelings. Frequently we only find out much later if there was an issue.

Where we most often run into problems is when our beliefs change, but we still say our ethics are something else. In short, our ethical values no longer match our personal values.

For example: Someone may profess to hold conservative traditional family values, but life experiences now have them believing it is OK for same-sex marriage to openly co-exist with traditional families. However, they do not change their view of LGBTQ+ people as “other” and less-than in society. This creates harm through discrimination.

When I taught ethics, one of the things I would stress is ethics are a living, breathing part of the person’s life. Like the individual, their ethical values can and do change over time. While this tended to confuse many students, many of those students later told me they could now see how their ethical values were shifting as life took them to unexpected places.

I think that is something both Haig and Haien were both explaining: Our values shift as we grow. And, if we are lucky, we never stop growing, learning and improving ourselves as humans as we test and re-test our beliefs.

Previous Elizabeth II, longest to rule Britain and Church of England, dies at 96
Next A tale of tolerance – how ‘Mad Dog’ Matt taught me to see the best in others