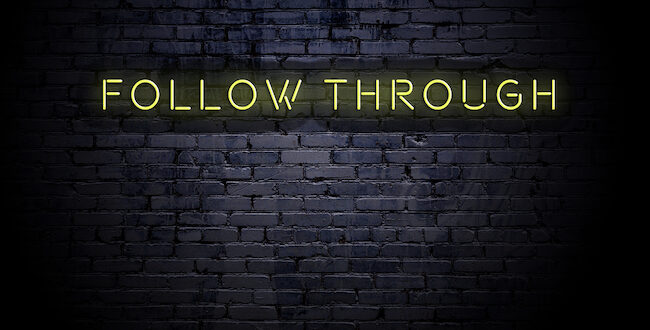 Live How You Say You Believe

Live How You Say You Believe

Growing up in Sand Spring, Oklahoma, I was always surrounded by other Native Americans. Sure, we were all from different tribes and none of our cultures were the same, but there was comfort in being around people living similar experiences and beliefs.

Fast forward to my undergraduate college years: That is where I found so many different people with very different cultures and experiences from mine. That is also where I started noticing people did not always connect what they said with what they professed to believe. To a self-professed critical thinker, it was discombobulating.

In my culture, saying something against what you professed to believe would quickly earn you a dope slap from a grandmother or auntie. That was ingrained in us from an early age: If you say you believe something, you should live it.

That is why right now I’m very confused by people who proclaim (usually loudly) their religious beliefs as sincere, but a longer conversation shows they ignore basic principles of that faith.

Most of the faith systems I have explored have many of the same principles: Respect for life, respect for human dignity, respect for consciousness/religious beliefs, and the golden rule. However, lately those core fundamentals are being challenged when someone who professes a strong faith calls out to kill Vladimir Putin. We’re not talking metaphorically — an election by his own people who could remove him from power — but rather calling on the U.S. government to “send in Seal Team 6” to “take him out.”

Somehow, that seems to fly in the face of respecting human life and the Judeo-Christian-Islamic commandment to not murder.

In a similar sense, I keep hearing talk about stopping people from immigrating to the U.S. because of where they were born, especially if the immigrants are coming from Honduras or Mexico. These immigrants are generally trying to improve their lives, which relates to dignity and often encompasses personal freedom.

But the one which I find the most nonsensical is when people call for all Muslims (or other religions) to be removed from this country. Under the First Amendment to the U.S. Constitution, we all have freedom of religion. Please note: the founders did not specify which religion, they simply said freedom of religion.

All of this can be argued at length, but the simple overriding issue here is one of human rights — the right of people to survive, improve their lives, live their lives with dignity and live their lives according to their own faith or lack of faith system.

It reminds me of the documentary film about Shelby County, Tennessee, where in succeeding waves different racial or ethnic groups came to find work. First it was African Americans who bore the brunt of discrimination, then it was the Latin Americans (after the African Americans had been more of less accepted), then it was a group of recent African immigrants who had to go through the same issues.

In the film, some residents seemed to slowly come to terms with the succeeding groups and slowly welcome the newcomers, with (of course) some longer-term residents still protesting the presence of the newer people. It is a clear demonstration of how making a group of people “other” can destroy. It also demonstrates how what we say and what we do are often at odds with each other.

Maybe it is because of the pandemic or the upheaval we’ve seen in the U.S. during the past eight years, but these days we seem to be less accepting and are quick to cry for violence or retribution in the name of our belief system or country. The discrimination is palpable, and yet at the same time it seems to fly in the face of what we say we believe.

In a 2014 Huffington Post opinion blog Maha Elgenaidi said the world may never be able to stop violence in the name of religion, but we can prevent it at home and in our lives by remembering the basic ethical principles held by most religious traditions,

“In a world that has been blinded by lust for power, material gain, and prestige, people of faith need to stand together to defend and promote what all religious traditions hold as the highest human–and divine—values,” Elgenaidi wrote. “Dialogue and encounter within and between our different faith communities must build on these common values and communicate them to a world in desperate need of reestablishing its moral center.”

To me, it is a matter of human rights to do the ethical thing and find the center. And, if we say we believe in something, we don’t disregard it for political or other gain. Otherwise, it just leaves me wondering if people understand the discrepancy between what they say they believe and what they call for in geopolitical terms.

Previous ‘We are praying non-stop’: Local churches support Ukraine with prayer and supplies
Next FāVS Writers – Simmons & Benefield – To Speak at Veradale UCC for Lenten Series on Communicating with Religious Right