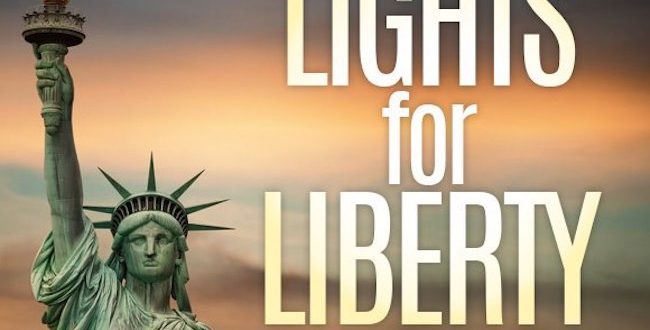 Downtown, the usual late-night crowd is led by fluorescent lights inviting them in for a drink or two.

This Friday, downtown will be met by another source of light – candles.

The event begins at 8 p.m. by the clocktower in Riverfront Park with speakers talking about detention conditions and how immigration policies have impacted the Spokane community. Then at 9 p.m. various local advocacy groups will host a candlelight vigil to protest the conditions immigrants and refugees are facing in detention centers, and continue to march to the downtown DHS office.

Coordinating the event nationally and in Spokane, is Lights for Liberty, a coalition of human rights advocates who have events registered across the country. Larger events will be held in areas of high impact such as El Paso, Texas, San Diego, California, New York City and Washington D.C.

This protest follows recent accounts of the unsanitary, neglectful and overcrowded conditions of detainment centers, which some democratic congresspeople have compared to concentration camps.

Having organized events in the past and recently becoming a local to Spokane, Brittany Weber caught wind that this event was happening nationally, but not in Spokane.

So she took matters into her own hands.

Weber registered Spokane with Lights for Liberty to host a vigil, then reached out to local organizations who would best represent the people who have been the most impacted by what’s happening in the detention centers around the county, she said.

“I feel like there’s been a lot of hopelessness and that there hasn’t been a lot of actual action being taken and people are feeling defeated,” Weber said. “I know that there is a large community of refugees and immigrants in this area and I know they’re not only being impacted by that. Whether they have family or friends who are currently being detained, or they may have been through that process themselves, and how triggering and how sort of numbing it could be to see all of this in the media, I thought that Spokane could help support that community by coming out and showing that they are not alone and that there are people here to stand with them and to call for the end of these detention camps.”

One of the organizations she reached out to was Planned Parenthood’s Raiz, an outreach program for the Latinx community.

For Volunteer Program and Raiz Manager Lili Navarrete, this event was vital to support.

Although closer to the northern border, Spokane is not removed from the actions at the southern border. Spokane houses over 10,000 refugees from countries such as Afghanistan, Bhutan, Democratic Republic of Congo, Ethiopia, Iraq, Sudan and more.

And under Gov. Jay Inslee’s “sanctuary state” law signed in May, state and local authorities are not to question people about their immigration status, except in limited cases tied to criminal investigations.

The law was passed only a few months after Portland comedian Mohanad Elsheiky shared his story on Twitter of being questioned about his legal work permit at the Spokane Greyhound station in January of this year.

After the vigil, organizers are planning to march down to the Department of Homeland Security’s office at 920 W. Riverside Drive to leave comments made by the public and photos of the children who have been killed while kept in detainment centers.

“Even though it feels like it’s happening elsewhere, that these detention camps are elsewhere, that people are being held in locations far from here, that’s really not the case,” Weber said. “It’s impacting our community directly and so marching there is showing them ‘We see you – you’re not getting away this.’”

Planned Parenthood Raiz will be hosting a poster-making today in the Community Building at 25-35 W. Main Ave. from 4 p.m. to 7 p.m. for the vigil on Friday night.

Arcelia Martin is a student at Gonzaga University studying journalism as well as political science and English writing. She has worked on the university’s online and weekly print newspaper, The Gonzaga Bulletin, for four years and currently serves as the Editor-in-Chief. Throughout her short time in Spokane, Arcelia has interned and freelanced for local news publications, as well as in her hometown of San Diego, California. Upon graduation, she plans to pursue a career in journalism to continue a life rich with storytelling and learning. When she’s not writing, Arcelia enjoys being in the sunshine, baking and spending time with her friends and family – who are the absolute light of her life.

Previous Ask A Muslim: Having a Muslim Friend Over
Next China and U.S. Family Separation