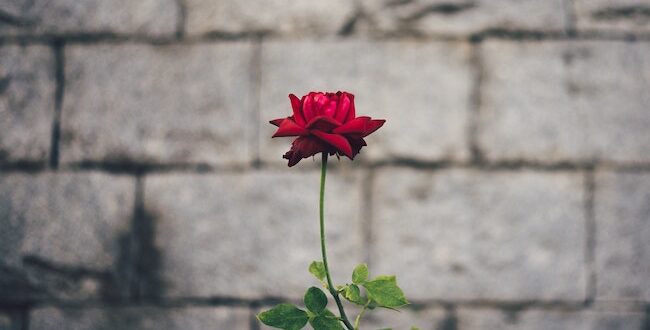 A flower grows alone/Photo by Masaaki Komori on Unsplash

Life and Death in the Time of COVID

My wife was having one of those days a few weeks ago.

Nothing was working as planned. Her frustration level was high and her temper simmering.

“Leave the house,” she said.

If you knew Carla, you would know she was not asking me to leave her in any real sense. But she has a notorious Sicilian temper and she was giving me fair warning. Vesuvius could blow at any moment and she did not want me to be in the way of the pyroclastic cloud.

The front porch was a safe enough distance and I used the space to smoke a cigar and watch a loud action movie on my tablet.

Such have been the compromises since we locked down in mid-March. It is going on five months since we all but isolated ourselves in our home, leaving for essential errands and a few safe visits with equally cautious friends. I have a home office for my post-retirement work. She has set up at the kitchen table where she continues her work from home.

It would be disingenuous to say our forced togetherness has always been easy. Two alphas locked in the same house are bound to have their occasional dustups. But, truly, I think we are a stronger couple because of this experience.

If there is ever a return to what we think of as normal, we will look back at our COVID togetherness as a positive. But finding positives is not easy.

Like everyone, the pandemic has hurt in ways big and small.

I had hoped to travel to visit my oldest, dearest friends after retiring at the end of May. Not so fast.

I had hoped to take in a couple of fall football games at my alma mater, the University of Oregon. Not going to happen.

I had hoped to visit my adult children, and my two grandsons who live in Cleveland, one of whom I have never seen. But those visits will have to wait.

I am sad about those lost opportunities.

Saddest of all, I have yet to say goodbye to my mother.

She died in late March at 92. She had been doing fine until a fall in her apartment early in the year. She was recovering in a rehab hospital in Medford, Oregon, where my younger brother lives. I was able to see her Valentine’s Day weekend and angered the nursing staff when I smuggled her a strawberry milkshake.

A short time later, the hospital locked down in response to COVID. My mom took a quick turn for the worse while isolated, slipped quickly into a coma and died a couple of days later.

My brother was allowed to see her just hours before she died. My other brother and I could not visit, could say goodbye only by phone and long after she lost the ability to process our calls.

We followed her wishes and so she was cremated. But our plans for some sort of memorial service leading to distribution of her ashes are on indefinite hold.

As a result, I have not really processed her death. Most of the time she is as alive to me today as she has always been. I find myself reaching for the phone to call on Sunday afternoons, our routine. The other day, doing some quick genealogy work, I had a question about a long-dead relative. No problem, I’ll just call Mom.

COVID has given us some things we never expected, maybe a deeper relationship with our spouses, maybe an appreciation for old, dear friends. Heaven knows most of us have learned how to order just about anything online and how to manage Zoom.

For others of us, COVID has taken far more. The virus has killed far too many, a toll thus far we once thought unimaginable. And it has warped the ways we handle death.

My mother was an extraordinary woman. In more recent times she would have been a legislator or a governor or maybe a corporate CEO. She was smart, energetic, engaged. Her Jewish pragmatism and tempered cynicism did not obscure a fundamental belief in humankind’s inherent goodness.

People of faith will say my mother has gone to a better place. I have no such faith. In my mind, she is no place other than an urn stored at my brother’s house.

Those who believe will suggest that my atheism offers cold comfort in times of such loss. Not so. I am comforted knowing my mother lived a good life while she enjoyed life. In my view, we have but one chance to make the most of our existence and our triumph is to be found in un-wasted opportunity.

Still, even atheists should have the chance to say goodbye.