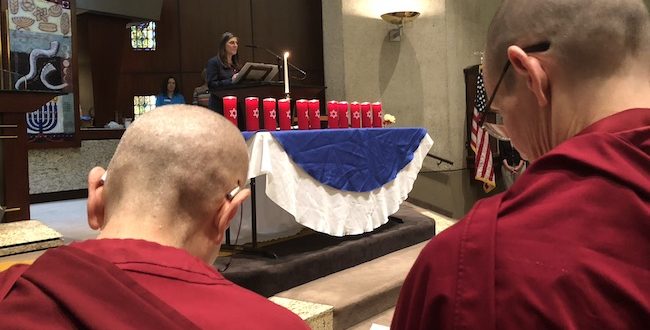 Letter To The Editor: Courage to Bend toward Justice

Letter To The Editor

We challenge everyone to live with a bold compassion that will bend the arc of history toward justice.

The attack on the Tree of Life Synagogue demonstrates a shameful rise in anti-Semitism. As local Faith Leaders and Leaders of Conscience, we grieve for our nation.  We mourn the 11 Jews who died in the massacre in Pittsburgh, and many others similarly murdered.

We see hate toward our Jewish, Muslim, Black, Immigrant, and Native neighbors festering through groups like Identity Evropa and the rhetoric of national leaders which incites and radicalizes white supremacists. Their words and actions poison our nation with toxic fear, reinforce racist structures, and dehumanize our fellow citizens.

This fear-based ideology insidiously creeps into our lives, and sometimes into churches. This hate is deadly — literally and spiritually. Its evil voice inculcates fear of neighbor, government, newspapers, universities, and scientists. This fear provokes reasonable people to kill other human beings and bullies citizens to submit to white supremacist ideology.

Take courage. Gain strength, even while we grieve, to be transformed from fear to love, from division to unity, from despair to hope.

Previous Ask A Buddhist: Buddha’s Commandments
Next How safe is your place of worship?