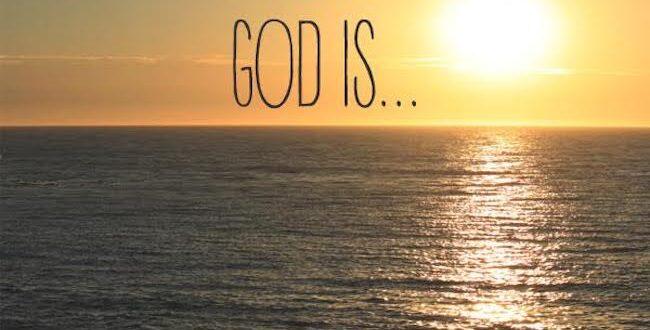 A religious leader who had just finished addressing an audience about God was approached by one of the attendees. “I don’t believe in God,” the man said.

“Neither do I,” replied the speaker.

“Neither do I,” said the speaker.”

“But you just gave a talk on God and religion. I don’t understand.”

That anecdote highlights some widespread misunderstandings about God and religion. You can’t possibly believe in the God I believe in because my belief is personal, beyond description. And vice versa. We can share certain beliefs, but we can never fully understand each other’s perceptions about an unknowable creative Essence common to most religions.

A recent New York Times op-ed, “A Guide to Finding Faith,” described what author Ross Douthat called “a suggested blueprint for thinking your way into religious belief.” Douthat observes that highly educated people hovering “at the doorway of a church or synagogue” relate to religion on a communal or philosophical level, but they “struggle to make the leap of faith” where the supernatural becomes believable.

He then escorts the reader into past eras – ancient, medieval, and pre-Darwinian – to illustrate how science has rendered past “supernatural” occurrences perfectly explicable. Yet inexplicable events remain: how life originated and how the human brain evolved by chance alone, given accepted axioms of probability theory. We may pride ourselves on our current understanding and scientific accomplishments, yet we don’t know what we don’t know; our state of ignorance is probably infinitely larger than our state of knowledge.

Science has been quite successful in paring away past ignorance and expanding our understanding of what we don’t know. “In the modern era, there are reasons to find the idea of God more plausible than ever,” Douthat observes, even though globalization has eroded confidence in any one faith’s exclusive claims to truth.

The multiverse of understanding about God

Understandings and opinions about God differ among and within faith-based groups as well as non-believers, people of virtually all religious and non-religious persuasions. These differing perceptions have led to atrocities and bloodshed committed by God’s warring factions throughout millennia.

But why? My own limited understanding of scriptures from different religions suggests that God – if He exists — didn’t intend His holy Word to be divisive. Consider the Abrahamic religions of Judaism, Christianity, and Islam, all “people of the Book,” according to Islam. Yet Islam and Judaism have several “branches,” and Christianity has thousands. These don’t include other global religions, such as Hinduism and Buddhism (each with its own multifaceted branches) and unnumbered religions among indigenous peoples, ancient and contemporary.

A logical explanation for all this arose in the 19th century with the life of Baha’u’llah, founder of the Baha’i Faith. If God exists, his benevolence is reflected in scripture. He’s sometimes depicted as vengeful (in the estimation of some), but overall he’s usually defined in terms of love and benevolence. If this is universally true, why are there so many denominations?

Baha’u’llah explained that all religions come from God. As humankind has developed from its earliest days, God has sent messengers, prophets, (Baha’is call them Manifestations of God) to guide the development of human society toward increasingly higher levels.

Differences among religions arise, in part, because each manifestation brought a message commensurate with human development at that time and place. Another reason differences arose is that once a manifestation passed away, his followers couldn’t agree on what his message really meant. This led to schisms that are with us today.

Baha’u’llah’s message is not restricted to a single segment of society; it’s meant for all humanity. Among the teachings Baha’is are implementing are essential unities: of God, of all religions, and of humankind. Baha’u’llah’s teachings include the equality of women and men, abolition of all forms of prejudice, education for all so everyone can investigate truth independently and become a productive member of society. With education and independent thinking, science and religion will increasingly be seen as different aspects of the same truths.

As these ideas gain traction amongst humanity, global shakers and movers will recognize the planet as a single country and work to unify their efforts to protect Earth from climate change and pandemics that threaten future existence of humankind.

I might not believe in the God you don’t believe in, but the God I do believe in is one overseeing humankind’s transition to an unfathomably beautiful and peaceful future.

Tags bahalluah my god your god

Previous We Believe We Vote Bringing Gov. Mike Huckabee to Spokane
Next COVID Crimes Against Humanity