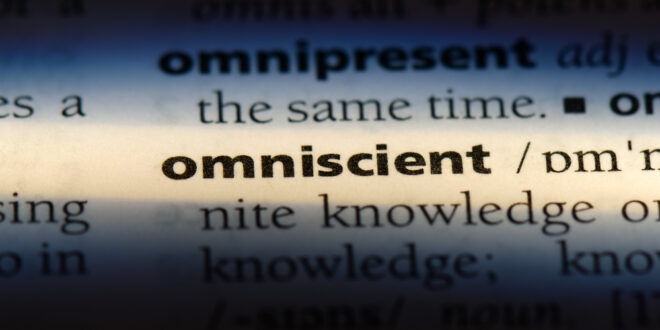 Editor’s Note: FāVS has launched a new series on Freewill. For the past several weeks our columnists have answered questions on the topic, including: What is freewill? Do human beings have it? Is it possible to have some form of freewill in one or more areas of life and not in others? What role, if any, does God play? If it exists, does it bring a sense of security, if it doesn’t exist does it lead to complacency? How does your view impact concepts of justice and accountability?

“The concept of god does not, in fact, must not be identical with supernatural theism. It’s time to throw off monk-ish and anti-intellectual superstition. We need to start using the best thinking and best language to express that thinking available to us in our time instead of being yoked like unthinking cattle to the musings and incomplete knowledge of people in one place at one time millennia ago.”

Schubert Ogden, The Reality of God

I previously argued that humans have freewill. The god of supernatural theism has been understood as all-powerful and all-knowing. It is impossible to reconcile human freewill and divine omnipotence and omniscience. The points of conflict cannot be resolved in any logical or internally coherent system of thinking.

I reject the existence of an all-powerful and all-knowing god if it means abandoning human freewill. But does rejecting the god of supernatural theism require the rejection of the reality of god in its entirety? No. But it does require a different understanding of the reality of god and the characteristics of omnipotence and omniscience.

Early humans felt small and powerless when confronted with their day-to-day reality. They felt acutely the forces of nature and the tenuousness of survival. It made sense to envision a god (or gods) that had all the control, power and knowledge that they lacked, and to which they could appeal when they felt threatened.

We now know better. We now do better. We now exercise a level of control, power and knowledge previously unimaginable. We must use this contemporary reality to reevaluate and newly describe a god by using the best language, philosophy, science, theology and lived experience available to us today. If humans and their brains are in any way “owing” to a god, it is incumbent that we use them appropriately and maximally. Of course, that is only true if we are fully free to do so.

If god has all of the power, where does that leave humans? Powerless, with no freewill. Yet, there are some things even god cannot do. God cannot square the circle. God cannot make 2+2=5. If it were otherwise, our language and thinking would be literal nonsense and our basic understanding of sense-based reality but an illusion.

But . . . what if omnipotent meant that god’s power was to be found at all times and places, however it was exercised concurrently with humans, whose power was limited to the time and place and small circle of influence available to humans on earth? Couldn’t “created in the image of god” mean that god endowed humans with god’s power of creation — both of self and of our society and existence — albeit on a smaller, but still significant scale? Think Augustine: Without God, we cannot. Without us, God will not.

If god knows everything — past, present and future — as actual, if god knows what will happen before it happens, where does that leave human freewill? No human could ever do other than what god already knows will happen. To assert otherwise leads to god being wrong, that god made a mistake.

But . . . what if omniscient means god knows the past as actual but the present and future as possible and/or probable in all of its permutations? This god would have the vision and foresight and knowledge of the big picture beyond anything any human would imagine, beyond any computations and prognostications of the most powerful computer.

With this conception of god, the problem of evil is no longer laid at god’s feet. Humans, with their power and knowledge and exercise of freewill, are now fully and completely responsible for the world they create. There is no longer any reason to contemplate “the appalling strangeness of the mercy of god” as Graham Greene put it. We no longer have to twist our thinking to accommodate the capricious nature of when god decides to intervene. Or not.

It also means not invoking “mystery” whenever a contradiction arises. Mystery is often religion’s last refuge for dead-end and sloppy thinking. As Ogden says: “ . . . faith has no stake in unnecessary logical confusion, even when such confusion is piously called mystery . . .” Naturally, we must acknowledge that we don’t know everything, but using mystery as an answer is an insult to the power of the human brain and spirit.

This framework, which is just a sketch, more properly describes and expresses our understanding of who we are, and who god may be. Is this the answer for all time, is it complete? Of course not. Just as the thinking over the last millennia wasn’t complete and adequate for all time. In our freedom, the best thinking, as it advances with new knowledge and resources, will continue to revise and amend and better express who we understand we are and who god may be.

Previous Seeing with your own eyes, not through the eyes of your neighbor
Next Upcoming webinar discusses the “Problems with Countering Extremism”