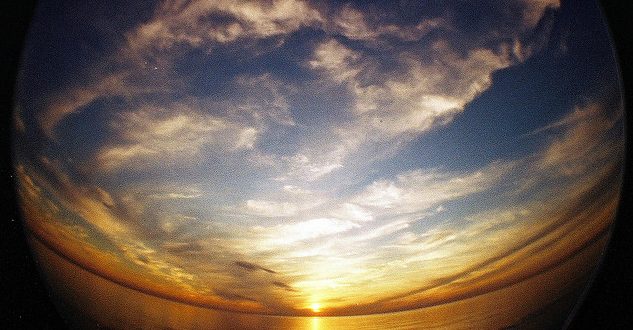 Let’s listen to the popes call to care for creation

Those who declare their fidelity to greed have made themselves the enemy of God’s created earth. This is one of the main themes of Pope Francis’s newest encyclical, “Laudato Si.” Our shared God given earth currently pays a steep price for human ego and desire to play God. Such unfettered love of individuality, which the Bible catalogs as the original sin of pride which is defended as free market capitalism has held much power in the United States for the last 40 years. A reign which should surprise no one saw great rise in divide between the wealthy and poor punctuated by a collapsing middle class. With release of the pope’s encyclical, the forces who actively defend greed as good for everyone have been scrambling to shelter unfettered capitalism and free market ideology from the harsh light of Christian theology. As Jesus says, when the light of the Gospel shines the sinners scatter. Greed defenders have their work cut out for them.

The attacks on the encyclical have been edifying. David Brooks and Ross Douthat’s different but similar responses in the New York Times have sought to lecture Pope Francis in how clean the environment has become in America —  never mind that the pope certainly observed this fact in his encyclical early and often and never mind that the forces that fought (and continue to fight) the clean air and environment regulations are precisely the same free market cabal that are currently behind the climate deniers and the attacks on the encyclical. Pope Francis made the point that the poorer countries pay the price for the environmental train wreck as their resources are plundered. Richer countries can demand cleaner air, water and environment, but since we share the earth with others, we are tied to the whole of the earth for our very lives. Brooks and Douthat both further their critiques by next lecturing the pope on how many people were raised out of poverty by capitalism, but they neglect to mention that the form of capitalism that shrunk poverty differs dramatically from the ideological capitalism they now champion. Adam Smith knew that morality had to come from somewhere else than the markets. Will Pope Francis’ encyclical make a difference in naming the sin hurting our environment?

The base of support for efficient market theory in America comes from conservative Christians, including Catholics. Yet the marriage between the Gospel and unfettered capitalism is a shaky one. The encyclical calls into question this relationship between Biblical and Orthodox Christian teaching on one hand, while on the other examines the ideological capitalism that has risen in the last 60 years in the country. In Adam Smith’s original Wealth of Nations, he both found a place for government as a regulator and thought morality was generated beyond the markets. In other words, the markets were not a god-like entity creating morality that, left to its own devices, would always be best. Smith’s was a more nuanced view, which has been blurred or lost. Christian theology was always in tension with Native American capitalism, which was more pragmatic in nature. The dynamic in this country has always been one of Christian morality and theology forcing back the possibility of exploitation by capitalism.

The rise of the Austrian School of Economics bred a new, harsher capitalism. With this rise also came a defense of greed as a controlling element, though greed was renamed self-interest. Christian theology then took a definite backseat (or lagged behind in a neglected, broken down car).

This ideological capitalism, based on the misinterpretation of Darwinism into what has been labeled social Darwinism — in which the survival of the fittest idea is placed in social and economic context — stands against Christian love and charity. With the increasing secularization of the church and its capitulation to capitalism based more on Ayn Rand and ideological capitalism rather than traditional capitalism, life on our own planet is at risk.

The question that arises for Christians is, where will we stand on the most pressing issue of our day, on the sin of human hubris radically poisoning God’s creation? Pope Francis has offered a way for Christian theology at the table.