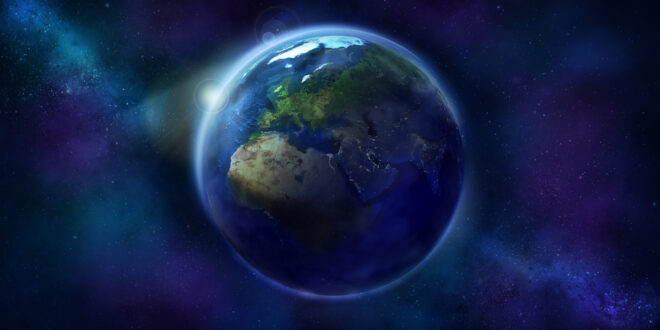 Let your vision be world embracing

Let your vision be world embracing

“All politics is local” was made famous by Tip O’Neal. Yet, local political decisions often affect surrounding communities. Collective community activities affect regions, and so forth.

For example, legalization of marijuana in Washington has boosted economies in Washington’s border cities. Marijuana is legal in Washington but not in Idaho. These contiguous states have open borders. Was either state’s decision about pot truly local? Similar examples exist, nationwide and internationally.

Suppose I don’t like Canadians. They’re still my neighbors. That’s not going to change. I live amicably with them. North America hasn’t experienced the internecine warfare devastating other continents over millennia, the history of so-called “civilization.” With few exceptions, politics extends far beyond “local.”

Social, economic and, more recently, environmental examples abound. Most comprehensive is the Earth we share. Only in recent decades have we been aware of that blue marble — Earth photographed from space — our commons, tragically being plundered.

Visionaries have had inklings of this for decades. In 1949 Aldo Leopold described a land ethic with these words: “To keep every cog and wheel is the first precaution of intelligent tinkering.” From that context, Leopold expanded the concept to an Earth ethic: “I have purposely presented the land ethic as a product of social evolution because nothing so important as an ethic is ever ‘written’… It evolves in the minds of a thinking community.” That thinking community recently began associating land ethics with social justice.

“Ecosystem” first appeared in print 87 years ago: “organisms and the physical environment with which they interact.” Depending on scale, ecosystems are within us, or we are part of them, from biome and habitat to microecosystems, all described at different scales, many interconnected internally and externally. Upon this network of naturally occurring and evolving ecosystems, man, in recent millennia, has superimposed socioeconomic “ecosystems,” which share many characteristics of natural systems.

“Primitive” societies learned, by trial and error, to “tinker” intelligently, work within the natural constraints of the ecosystems they occupied. Others tinkered unintelligently, depleting their commons and moving on.

Scholars have speculated that societal collapse has been due to natural catastrophes, war, pestilence, famine, economic collapse, population decline and mass migration.

Which will we choose?

A modern collapse has potential to be global. Ecosystems over the face of the earth have deteriorated since before the Industrial Revolution. Band-Aids have been applied, but overarching unintelligent tinkering has produced a climate crisis far beyond the reach of any single nation or small group of nations. How we decide collectively what to do about it will determine the futures of our children, grandchildren and generations beyond.

We need a unified, collective consciousness of what’s happening and what options we have. Efforts by the Intergovernmental Panel on Climate Change and other UN entities, as well as many governments, are a good start, but even with overwhelming scientific consensus, we lack the collective political will. In this case, politics is not local.

This goal is challenging in a polarized world, but alternatives are worse. North America, with relatively open societies and a free press, might lead other countries, but its own polarization precludes easy success.

We need first to look inward, individually and collectively, to recognize and, for a greater good, shed our own political prejudices. This problem transcends partisanship. It requires willing cooperation, shedding preconceptions, and consulting, as scientists do, to solve wicked problems. Shedding personal biases and agreeing on factual information, we can explore the best science available to choose a direction that links land ethics — global ethics — to social justice.

A moral foundation for ecosystem ethics

Recognizing that ecosystems serve people far beyond system boundaries, we need a moral foundation for nurturing natural resources, one that supports not only those creating that foundation, but also others affected by it.

Readers may find the following quotations, written in the 19th century by Baha’u’llah, both prescient and practical. They provide underpinnings for a foundation based in justice and moderation.

“The civilization so often vaunted by the learned exponents of arts and sciences, will, if allowed to overleap the bounds of moderation, bring great evil upon men … If carried to excess, civilization will prove as prolific a source of evil as it has been of goodness when kept within the restraints of moderation …”

“…Ye walk on My earth complacent and self-satisfied, heedless that My earth is weary of you and everything within it shunneth you …”

“Every man of discernment, while walking upon the earth, feeleth indeed abashed, inasmuch as he is fully aware that the thing which is the source of his prosperity, his wealth, his might, his exaltation, his advancement and power is, as ordained by God, the very earth which is trodden beneath the feet of all men.”

In other words, “Let your vision be world-embracing, rather than confined to your own self.”

Previous New projects offer churches ways to pay royalties on the spirituals they sing
Next A trifecta of holidays nears, reminds us of our losses