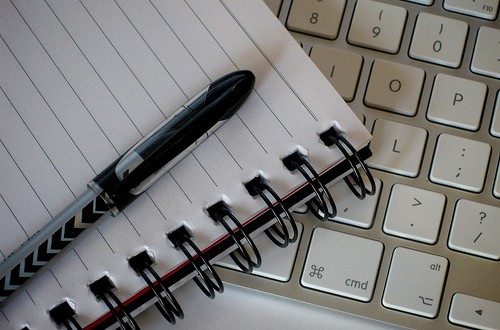 Lent has always meant something to Catholics but after a while it can become old hat, like any habitual practice. But Lent won’t be old hat for me this year. God already has seen to that.

On the Thursday after Ash Wednesday I was in the adoration chapel of a Catholic church, knowing I needed quiet time with God. And within one minute of beginning prayer I received an enormous gift.

God asked me to make a sacrifice for Lent. Sacrifice also means something to Catholics, although, for most of us, it’s usually fodder for comedians. We talk about sacrifice as the agony of giving up coffee, ice cream or some other treat for those six and a half weeks, as if God wants us to suffer.

He doesn’t. Quite the contrary. And that’s why I was so shocked by what he asked of me.

As you may recall from earlier letters I have been working for what seems like forever on a novel. Now that it’s finished I was deeply involved in writing what’s known as a “query” to agents, asking them to represent my novel. Between the novel itself, the painstaking process of writing the query (more than 100 versions and counting) and developing talking points for the book I was fully involved, to put it mildly.

Then God asked me to sacrifice the novel. All of it. The writing, editing, query development, research … All of it. Every last bit of it. No more work to get it published. No visits to Barnes & Noble to find a new guide to agents. No visiting the email account I’d set up for professional purposes.

All of it. Every last bit. Give it up. Put it down. Close the door. And walk away, for six and a half weeks.

And I did that.

And I was thrilled.

The burden that came off me was astounding. It only took a few seconds to realize that I had been carrying around an unbearably heavy burden, one that had gobbled up my time, sapped my energy, driven me into occasional depression, and left me feeling hopeless and frustrated.

But now it’s gone. And I won’t have to worry about it until April 21, Easter Sunday, at the earliest.

But I also have laid down my vision of what will occur on or after that day. It could be that living without that burden is so nice that I continue to live without it into the spring. Maybe the summer. Maybe forever.

I know that sounds strange to anyone who has ever had a passion. Have you ever experienced the drive, the addiction, the compulsion to create something? To complete something? To achieve some goal or finish a great quest?

That was me. But there was just one small problem. In doing that I had forgotten what it means to be human. It was as if my humanity had become a slave to my passion. And when that happens God knows it’s time to stop, as irrational as that may sound at first.

In doing so I felt peace, joy, release, freedom – all of which I hadn’t known in a long time. By giving up what I thought was the most valuable “thing” in my life I realized there were so many other things even more important. And now I am reaping the benefit of this “sacrifice” because I am now free to receive God’s gifts.

But I believe I can do this because God has restored my humanity and I treasure this gift. He has restored me to a right relationship with the things of this world so that I have a clearer vision of what and who are really important.

My “sacrifice” – i.e., my holy work, to use the English-language translation of that Latin word – has yielded immediate benefits, because I have received even more than I have given. I have made room for these good things by giving up the “good” thing that prevented me from receiving and appreciating them.

In childhood, Catholics learn that Lent is about suffering, and so they approach it with a sense of dread. But Lent is about giving up one thing so we can make room for something better. Lent is about being freed from burdens and worries, and we do that simply by giving them to God so he can restore what we have lost along the way.

And that’s a lifestyle I can see myself continuing to live long after Good Friday and Easter Sunday.

Previous Ask An Atheist: Reincarnation
Next Event to examine role of Mary/Maryam in Christianity and Islam