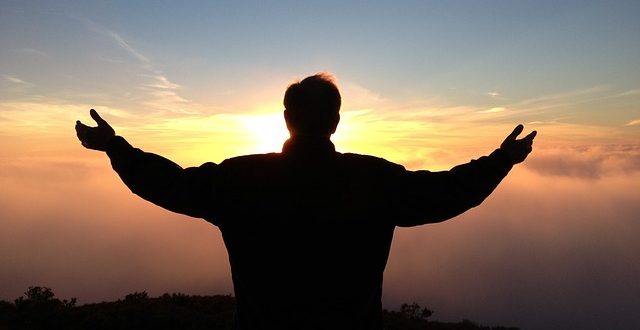 On Sunday, a lone gunman walked into the First Baptist Church in Sutherland Springs, Texas, opened fire and killed over two dozen church-goers, including children.  The shooter, identified as Devin P. Kelley, wounded some 20 others.

Christians responded as they typically do in these cases, with prayers for the fallen, their families and the church community as a whole.  Predictably, radical anti-gun – and apparently anti-Christian – leftists (since there really are Christians on the left, like Kirsten Powers) reacted with hate and rage, attacking the notion of prayer.  So much so that they took to Twitter – a social media site where intelligence, logic and reason goes to die – and attacked Christians and prayer with a hashtag that is so profane it can’t be mentioned here.

Apparently, these individuals think that by hurling profanity and f-bombs, they can stop prayer.

For these individuals, the only solution to gun crime is the complete repeal of the Second Amendment right to keep and bear arms – never mind that the shooter was stopped by a law-abiding citizen with a gun.

On top of that, Rep. Ted Lieu, D-Calif., walked out of a moment of silence that was held on the floor of the House of Representatives.

“My colleagues right now are doing a moment of silence in the House of Representatives’ chambers,” he said. “I respect their right to do that and I myself have participated in many of them.”

“But I can’t do this again, I’ve been to too many moments of silences. In just my short period in Congress three of the worst mass shootings in us history have occurred. I will not be silent.”

I’m not going to get into the whole gun control debate here – that’s not the purpose of this post.  What I am going to address is the idea that prayer is neither wanted nor desired.

Sorry, leftists, prayer is what we Christians do.  Deal with it.

B.T. Horn, a longtime friend and the official religion editor of my blog, noted earlier Tuesday:

This is not the time to get wrapped up in politics. We will always disagree about things—including gun control versus personal responsibility. (It’s that diversity thing you like to preach about but hate to practice.) You can go bang your drum and feel all smug and self-important later. You can exercise your free speech and voice your opinion once the smoke clears and the bodies of the fallen have been laid to rest. Right now, Mr. Lieu and those like you, the fact is that fellow Americans have died and they deserve to be mourned by someone. Anyone. Even you.

Those who attack prayer are sadly mistaken if they think it’ll stop simply because they hurl profanities or demand it stop.

In fact, it only motivates me to pray even more and even harder.

And guess what?  I’ll even pray for the haters as well, with hopes that God will eventually soften their hearts enough to hear and accept the Gospel of Jesus Christ.

Previous Volunteers needed at Sravasti Abbey
Next Ask An Atheist: How do you explain design throughout the universe?