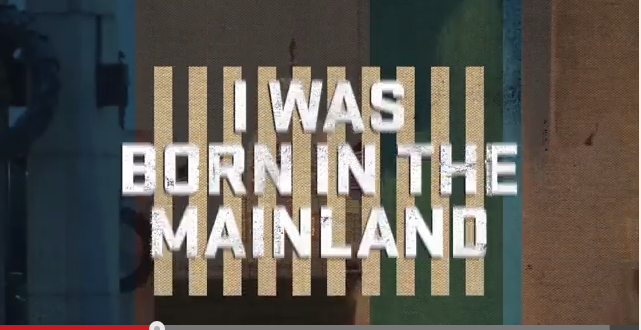 Lecrae puts the hook in the mouth with “Welcome To America”

Lecrae casts out some razor sharp cultural critiques in this provocative song that is sung from three perspectives: a gangster, a soldier, and an illegal immigrant.

The issues of drugs and violence, war and immigration that Lecrae raps about are hot button issues in our cultural conversations. I think he shuffles them around lyrically in this song in a way that can get past the typical political and religious defenses and get a fair hearing.

To me this is a precision example of how a Christian can speak to the culture without speaking down to the culture. It embodies the justice oriented spirit of the prophets but is accessible to those familiar with this type of musical style and voice.

No matter what you think the answers to these problems are, I am sure you can agree he baits the problems with mainstream skill.

I think there’s enough in this song to hook anyone in the mouth and hopefully the struggle to get that hook out, will hurt enough to change the way we think about what is going on in America.

You can see him perform on The Tonight Show Starring Jimmy Fallon with audio cuts from Martin Luther King Jr here.

Tags lecrae lecrae made in america

Previous Pope Francis on free speech: ‘You cannot insult the faith of others’
Next Ask An Eastern Orthodox Christian: Why do you stand during services?