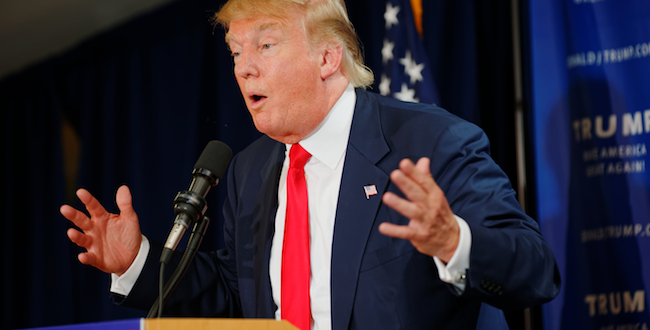 I’ve heard various people invoke a summary of Sir Winston Churchill’s famous speech to describe various trying times in their lives (most recently Dallas Jenkins, director of “The Chosen”). When President Trump finished his Rose Garden speech on the recent riots and upheaval, the bastardization of Churchill came crashing into my brain.

This could end up being our darkest moment — or our finest hour.

I’ve talked to many people who lived through 1968 — those who were both young at that time, and to their parents. One of my favorite people on this planet was a National Guardsman during that time. As a peace-loving protester placed a flower in his upturned rifle, he merely replied, “Why thank you.” Being born a few years after that — having not experienced the call up of the National Guard to restore peace and maintain the status quo, I thought we were in some way beyond that as a nation. “There is no way we’ll see leadership call in the military to restore order and fight against American citizens,” I thought.  People are wise enough to see through the propaganda,” I believed. I was naïve and blinded by my own American hubris.

It’s been an interesting ride as I’ve been accused of spreading hate and my own humanity has been called into question. I suppose that the inability to see nuances, the difference between policy and morality, and even humor over the past two years shouldn’t surprise me. In a world where nobody can be trusted, tagging somebody with “hate” or at least laughing them off as not being wise enough to understand has become a weapon. People use their own fears and insecurity (do I dare say “hate”) to distance themselves from others.  I see numerous people invoking images of Dr. Martin Luther King, sort of forgetting that Dr. King was hated by a wide swath of Americans and was killed out of hate of his peaceful protests. Whitesplaining to the children who watched their father gunned down.  “But…he did it the right way” and was still murdered for the message.  Does the “right way” get noticed?

In my own conversations it has been startling to hear, “Trump has ended up being right every time” in conversation seemingly ignoring the very human mistakes possible in anybody.  The “always right” argument also needs to ignore the tweets and speeches where he contradicts the very statement he made just hours before. If you make a statement on both sides of an issue, it is hard to know which is the truth and which is a lie. It is a great trick of trying to please everyone.  Having dueling statements means you can always latch on to one and say “see – what he meant was” while grappling to hold a position.

Again – I’m old enough to know better, but am still naïve and blind. I’m not alone however.  A staunch republican friend of mine was troubled a few years ago when information about Steve Bannon’s personal beliefs and work with Breitbart News came out. “I don’t understand. He comes from the right pedigree. He was in the Army.  I just don’t get it. He should be better than that.” Three years later, and the ouster of numerous White House officials continues to baffle people on both sides of the aisle while echoes of “He should be better than that” ring (at least to those not on the fringes of both parties).

What is moral leadership?  That is a fundamental question that we as a country have been forced to grapple with. While some wrestled with it under President Obama’s presidency (called “the most corrupt president in history”), more people have wrestled with it the past three years as Trump has acted in various unpresidential ways. And, for many, that is the point.  We have elected the un-presidential President in order to shake things up and make America great, getting back to core beliefs. Even with his foibles, Trump is supported as a leader in the same manner that David was in his monarchy.

While the Obama vs. Trump – State vs. Federal – Mine vs. Yours – debates continue to divide, and now have led to violence and destruction in our beloved cities, there appears to be an ongoing silence about what it means to be a leader from our elected officials.  There are no discussions on the complexities and the difficulties. No-one is willing to show vulnerability and accept responsibility. The “it’s not my fault” mentality reigns. While extremely difficult decisions have to be made around issues like a global pandemic, blame is used rather than character. Leaders at various levels appear to be afraid to talk about what it means to motivate, inspire, and to unite people toward a common cause.

What is a moral leader?  Even in early arguments in the very founding of the United States, this was a debate. Could there be a benevolent dictator?   Could a king uphold moral values and work for all people? These foundational questions are still being played out in voting booths, on social media, and in the streets.

If government is a business, there are many studies that show the benefits and need for moral leadership to help performance and increase economic value. For example, a study in the Academy of Management states, “The benefits of moral leadership make a very long list…Everything from individual and team performance in terms of financial measures, to perceptions of justice, trust, engagement, motivation, and having employees going above and beyond at work.” As we hold up the “old school” model of great leaders of power and domination, the article goes on to say “Perhaps we’re celebrating the wrong people. In study after study, regardless of industry, firm size, or the relative status and level of a leader in a company, morality mattered.”

But who’s definition of morality should shade our ideals of leadership?  And, if civic leadership and the role of government (because of the effects on all under the rule of law) is more vital than the role of a mere business, shouldn’t moral leadership be of an even greater need (if it can be defined).  I appreciate the US Army’s discussion of what leadership is and how it comes from practice, effort, and a character-driven center — holding up honor and character as paramount. Character and action go hand in hand, and can’t be separated. Being right in action but wrong in character causes conflict to the cause.

What I have been looking for is a line. When do leaders lead? When do they speak out, and when do they sit in silence, implying approval? The silence has been deafening from many of our elected leaders. In too many cases is appears that the loyalty to the initial at the end of their name is more of a guiding force than character and morality.  Where is the place that we see the “laws written on the hearts of men” come alive? Again, I’m naïve.  I really ought to have a better understanding of the utter depravity of man as it plays out in the real world. We see the president present social distancing standards, then laud one group protestors as exercising their all-American rights to not listen to the social distancing standards, then in a quick 180, he calls protesters terrorists. Apologist are then able to listen to his words (or see his own Tweets) and say “that isn’t what he really meant,” arguing that he is a moral and upright man, whose meanings are simply manipulated by the media, all the time confusing the underlying issue. As long at the leader is ours, morals be damned.

I wonder if moral leadership is even possible in government, at least in the divided two-party system. “I’m a one issue voter. It’s all about the Supreme Court. As long as we win that, I’ll vote for my guy” a family member once said. While I want to condemn the over-simplification of the complexities of our society and the governmental systems, in the system in which we function, maybe he’s right. What options are available? When elected officials are rewarded for longevity and for playing the game “the right way,” there might not be hope for character and morality above the need to belong on the team. Speaking out at egregious statements, even if the statements go against the fundamentals of the party platform, is a step they’re not willing to take. True character might mean you stand outside of the comforts of the power-mongers according to many who have lived, practiced, and studied the concepts. Can we hope?  I guess my naïvete is showing again.

As Temple would say, “the fundamental facts about human beings are two: First, we are made “in the image of God”; and second, that image has been stamped upon an animal nature. Between these two there is constant tension resulting in perpetual tragedy.” We cannot serve two gods. We’re stuck between party and morals. Our monkey brains and our better selves.

I suppose I do find some solace to go along with the deep challenges in German theologian Dietrich Bonhoeffer’s (who spoke out against blind obedience fascist leaders) call us to community as a core understanding of ethical leadership. “First, the Christian needs others because of Jesus Christ.  It means, second, that a Christian comes to others only through Jesus Christ.  It means, third, that in Jesus Christ we have been chosen from eternity, accepted in time and united for eternity.”  At one level, we’re all in this together. At another, unless we understand that fact and work within that idea based in love, we’re doomed.

The smoke and mirror work currently happening in national politics is a pretty fascinating illustration of the debates on what actually constitutes morals as they relate to leadership. Character is interesting to look at from the outside and label in a scholarly way. However, the philosophical debates become scary as they’re played out in real people’s lives in our streets while people of all colors, creeds, and economic backgrounds are in the crosshairs, of the warring factions looking to fully dominate, no matter the cost.

Where is the line?

When do leaders speak?

When do leaders remain silent?

Previous The Human Connection: Kindness and Interdependence
Next Ask A Catholic: Does God Change?