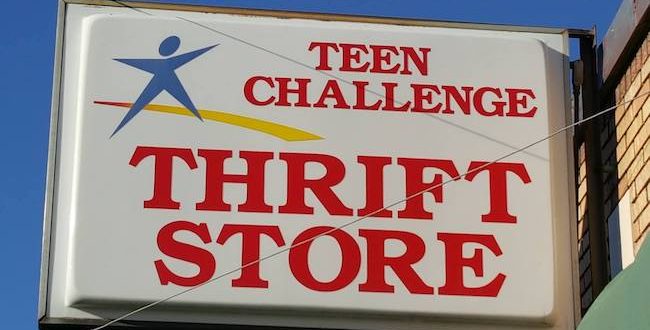 Who knew being laid off would put me on the front lines of the opioid epidemic, and put in the middle of the Kingdom of God. The company I had been working for the last 15 years, pulled all Spokane employees aside and informed us that they were pulling out of Spokane. Each of us was given different dates. My layoff date was June 1. It was late March then and I would only have a few months to find a new job.

So off I went on the modern job hunt… post resumes online, start the networking to sell myself. A week into my search, I got a ping in my email that a thrift store manager position was available. One-click later I applied. I had run a thrift store in Vail, Colorado so I quickly got a call and interview. I got the position.

Adult and Teen Challenge Thrift Store is part of a ministry for men looking to rebuild their lives after problems with drugs, alcohol, and other addictions. It’s unapologetic in its use of Jesus of Nazareth as the source of rehab. It is the most successful of programs and one that struggles with funding. Believing in the power of Jesus makes for no government funding (as it should be). Many of the guys in the program have stories of how drugs and alcohol have brought them to the brink and how it damaged their relationships with family and friends. Now through prayer and Christian community, they are putting their lives back together.

The mission of the store is threefold: to teach vocation to the guys in the program, be a light of Christ to the community in having very affordable prices for great goods. (I recently sold a beautiful leather couch for just $79 but more on that) and finally to raise funds to support the ministry.

I have realized how much of a privilege to work at the store. A man recently walked in and donated the said leather couch. He did so because he is alive because of Teen Challenge. See, his 80-year-old grandmother went through the program when she was young and kicked her heroin addiction. She then became a mother. Without the program, she would have died and he would never have been alive. I was humbled and know the work of love is the only true work. Even if I had to lose my job to learn this truth… again.

Previous Catholic Charities Club Aims to Involve Seniors in Volunteering
Next Ask An Eastern Orthodox Christian: How to dress for church