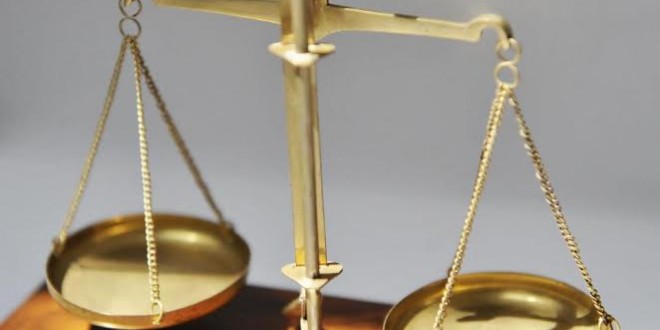 Earlier this month, Courthouse News reported that two former North Carolina magistrates filed a lawsuit in Wake County Superior Court alleging they were given a choice to either perform same-sex wedding ceremonies or face discipline, termination, and even criminal prosecution.

According to the lawsuit, Gilbert Breedlove and Thomas Holland chose to resign “under duress” rather than participate in something that went against their Christian beliefs.

They further allege that John Smith, director of the state Administrative Office of the Courts, refused to accommodate their religious beliefs while attempting to comply with the change in law on same-sex marriage.

Last year, same-sex marriage became legal in North Carolina after a federal judge unilaterally overturned state law defining marriage as an institution between one man and one woman.  North Carolina is one of many states where gay marriage has been imposed by the judiciary, in some cases, overturning the will of the people.

Following that ruling, the AOC said that, “[m]agistrates should begin immediately conducting marriages of all couples presenting a marriage license issued by the Register of Deeds.”

“A failure to do so would be a violation of the U.S. Constitution under the federal ruling,” Smith added, “and would constitute a violation of the oath and a failure to perform a duty of the office. For these reasons, all magistrates must treat same-sex marriages for which a marriage license has been issued by the Register of Deeds the same way that marriages between a man and a woman are scheduled and conducted.”

“Smith said that if a magistrate refuses to perform same-sex marriages, then he or she could be suspended, removed from office, and potentially face criminal charges,” Courthouse News added. “Smith said the reason for the magistrate’s removal didn’t matter. In other words, there were no exemptions offered in the AOC’s policy for a magistrate to avoid participating in a same-sex marriage ceremony for any reason, religious or otherwise, the lawsuit says.”

But there’s only one small glitch. North Carolina’s Constitution says that, “all persons have a natural and inalienable right to worship Almighty God according to the dictates of their own consciences.”  Moreover, it says that, “[n]o person shall be denied the equal protection of the laws; nor shall any person be subjected to discrimination by the State because of race, color, religion, or national origin.” (Emphasis added)

But as we noted here, gay rights and gay marriage have managed to trump thousands of years of human jurisprudence. Constitutional protections for religious people no longer matter in cases involving gays.

Both men have served on the bench for over 20 years and now want the state to uphold the Constitution.

Their faith, Courthouse News added, is based on a “foundational belief that marriage is the sacred union of one man and one woman.” Therefore, according to the complaint, they “cannot participate in a same-sex marriage ceremony because doing so would force them to act in contravention of their sincerely held religious beliefs.”

The AOC, they said, “made no effort to attempt to offer some alternative that would address Plaintiffs’ request.”

Both men say they were forced to resign and seek a declaration that the defendants’ direction and policy discriminated against them and violated Article I, Sections 13 and 19 of the North Carolina Constitution.

This is only one skirmish in what a growing number of people are calling a “war” on Christianity.

Last October, Donald and Evelyn Knapp, two Christian ministers who have owned and operated the Hitching Post Wedding Chapel in Coeur d’Alene, Idaho, for 25 years, faced the very real possibility of arrest and jail for refusing to perform gay weddings. Further investigation, however, revealed the chapel had filed as a religious corporation, making it exempt from the anti-discrimination ordinance.

Earlier this month, WND published what it calls a “big list” of “’same-sex marriage’ entrapments,” that includes the North Carolina case along with many others.

For some time, the pro-gay left has employed tactics straight out of Saul Alinsky’s “Rules for Radicals,” a book dedicated, ironically, to Lucifer, in a propaganda campaign that would make Josef Goebbels smile. As a result, Americans are beginning to reconsider the concept of religious freedom, something former President Bill Clinton called “the most precious of all American liberties.”