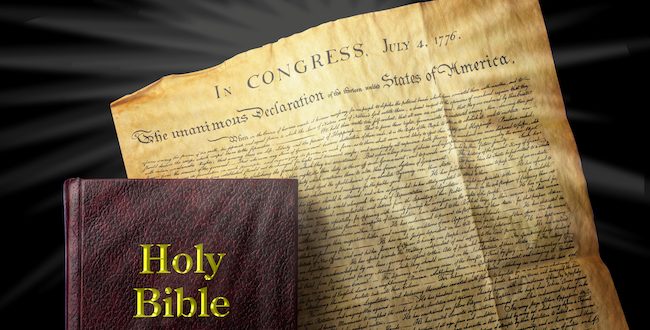 Law or Religion: The Never-ending Debate

When Patriarch Bartholomew I, the leader of the world’s Orthodox Christians, recently declared the Ukrainian Orthodox Church to be independent and thus free from the authority of the Russian Orthodox Church, he may have sparked what some in Russia suggest may become the biggest schism in Christianity since the Orthodox and Catholic churches split in 1054.

The history of the relationship between Russia and Ukraine underlies this huge split. In 1991 Ukraine declared independence from Russia – a declaration recognized by most nations but not Russia, which still believes Ukraine is one of its provinces.

Both the new Ukrainian Church and the Russian Church blame each other for letting politicians interfere with, and govern, the other church’s affairs. The church split may have become even more important in the wake of Russia annexing Crimea, creating a secessionist war in eastern Ukraine, and capturing two Ukrainian naval vessels. Ukraine’s president Petro Poroshenko said independence of Ukraine’s church is the last step in making the nation free of Russia.

What we have here is another example of the melding of law and faith. Or perhaps I should say meddling. It’s another debate about the extent to which civil authority and religious authority can coexist.

This debate is as old as organized religion. At its ugliest it affected the relationship between the Roman Empire and Jewish leaders in the time of Jesus, led to two exiles endured by ancient Jews, and the Nazis’ attempt to eradicate the Jewish faith.

This meddling will likely never end. For example, Belgium recently adopted a law that prohibits the slaughter of meat animals according to ritual religious practice, thus limiting the religious freedom of Muslims and Jews. One official summed it up by saying that “in Belgium the law is above religion.”

It doesn’t get any more blunt than that.

The human race is no closer today than it has ever been to deciding how to resolve the conflict between religion and law/civil authority. There is a high price to pay for believing in and defending either side of this argument. Like it or not, you are a part of that argument. And all of us will pay a price for what we believe.

Jesus warned everyone, believers and non, that “I have not come to bring peace but division” (Luke 12:51). Those who believe in and obey Jesus risk paying a huge earthly price, whether it’s the division between father and son, etc., or even the loss of one’s life, whereas those who believe in something other than Jesus risk paying an eternal price.

Which side of this debate are you on? And are you so certain of your beliefs that you’re willing to pay the price for holding them?