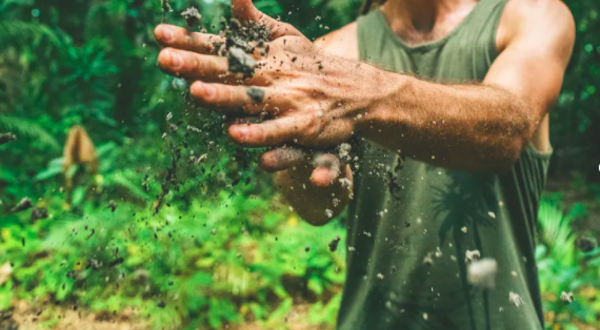 Doing a job to help other people can give greater meaning to work. Photo by Eddie Kopp for Unsplach, CC BY-ND

The impact of the COVID-19 pandemic on U.S. employment is dire. Economists estimate that 1 in 5 workers have lost their jobs. As a result, many people are finding it difficult to keep a roof overhead and put food on the table. Yet there can be more to work, and Labor Day provides an opportunity to see how through the writings of a woman who thought especially deeply about it, Simone Weil.

Weil looked at work as more than an exchange of money for labor. She argued that people need to work not only for income but also for the experience of labor itself. From her perspective, money does not solve the core problems of joblessness. Instead, work provides vital opportunities to live more fully by helping others.

Simone Weil was born in Paris in 1909 and died of tuberculosis when she was just 34. The Nobel laureate novelist Albert Camus called her “the only great spirit of our time.” Weil’s father was a well-off physician and her mother ensured that their two children received a first-class education. Her brother, Andre, became one of the great mathematicians of his day.

The Weil children were both prodigies, and Simone graduated first in her class from one of Paris’ most prestigious graduate schools. She became a political activist and championed workers’ rights. She accepted a job teaching philosophy but also chose to work for a farming family and later took a year’s leave to labor in factories. She lived frugally, believing that it would help her better understand workers’ experiences. Later, she left France to fight in the Spanish Civil War.

Weil underwent several conversion experiences, including one in a church where Saint Francis of Assisi had once prayed. Thereafter, her work took on a more religious character. She believed that Greek, Hindu and Buddhist teachings offered genuine truths along with Christianity, which profoundly shaped her understanding of work.

With the German occupation of France in World War II, she fled first to the U.S. and then to England, where she later died.

Though Weil understood that people need work to live, she argued that labor fulfills other equally essential functions. One is the opportunity it offers to become more fully focused and present in living. To multitask is to live superficially, but those who are completely present with another can give fully of themselves. She called attention “the rarest and purest form of generosity.”

Weil believed that humans are not cut out for lives of idle pleasure. It is through work, whether in agriculture, manufacturing, the service industry or maintaining a home and raising children that people contribute to the lives of others. Work reminds us, she wrote, that individuals are part of something greater and provides a larger purpose to live for. She wrote of the calling to serve others:

“Anyone whose attention and love are really directed towards the reality outside the world recognizes at the same time that he is bound, both in public and private life, by the single and permanent obligation to remedy, according to his responsibilities and to the extent of his power, all the privations of soul and body which are liable to destroy or damage the earthly life of any human being whatsoever.”

Work must be seen in its larger context, for if it isn’t, laborers may soon feel like cogs in a machine, winding a nut onto a bolt or moving papers from an inbox to an outbox. To do work well, people need to understand the context of work and how it makes a difference in the lives of others.

Imagine, Weil wrote, that two women are each sewing clothes for a baby. One woman is pregnant and, while sewing, thinks about the child she is carrying. The other woman is a convict engaged in prison labor. She, too, is careful, but out of fear of being punished. Each woman appears “to be doing the same work,” she wrote, “but a whole gulf of difference lies between one occupation and the other.”

I have learned from Weil that good work enables us to be fully present, to be active creators rather than mere spectators, to develop the spiritual side of our natures, to gain insights into the larger purposes of our existence and to come more fully to life. In these ways, Labor Day isn’t just about earning money but an occasion to celebrate an essential human capacity.

Previous A message of equality: The story of Bilal ibn Rabah al-Habashi
Next ‘Kayak Church’ gathers in person — and on the water — amid pandemic