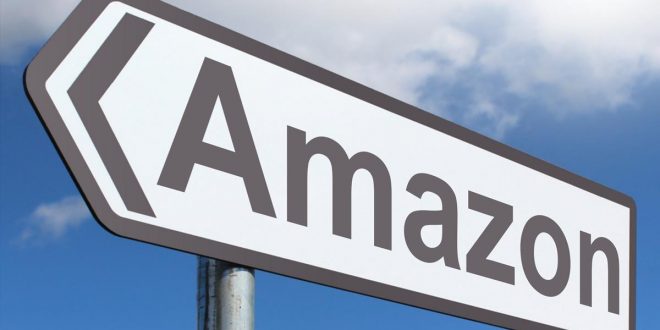 What were they thinking?

I live within 60 miles of New York City, in the only city in Connecticut that’s growing. For those who work in or near Gotham, my city is considered a “cheap” place to buy a home compared with communities closer to NYC.

Even without Amazon’s new headquarters, which are within two hours’ drive from here (two hours is considered a “normal” commuting time in these parts) housing prices will continue to skyrocket. It’s already so bad that those of us who are long-time residents but not commuters no longer can afford to buy anything here.

Traffic density, already a nightmare, also will continue to get worse. And because of the increased demands of so many people, our taxes will continue to increase. For those of us who live here already, there’s no upside to Amazon’s decision.

But the huge downside of Amazon’s decision doesn’t just affect us. It affects most of the country – i.e., rural America. As more and more people move to the big cities, lured by the hope of good-paying jobs and fulfilling careers, the more our rural areas will continue to die.

I am familiar with the desperate poverty that is unavoidable in Maine because I often vacation there and sometimes volunteer with church groups that come north for a week at a time to heal the wounds of poverty by fixing roofs, repairing the skirts of mobile homes, etc. Apart from a few touristy areas like Bar Harbor/Acadia National Park, the poverty is a constant.

The problems of rural areas will only get worse as long as corporations continue to ignore them. Poverty means higher substance-abuse rates, earlier death, high rates of depression, suicide and other forms of mental illness, etc. There is no upside to poverty.

Amazon and other corporations are taking advantage of us without repaying us. They owe America, the nation that built them into the behemoths that they are. They owe us because they have the capacity, far more than government or non-governmental organizations, to repair the problems that now face American society. And these problems will continue to worsen until corporations start to act against them.

Amazon probably will do what looks like the noble thing – e.g., providing volunteers to teach science-technology-engineering-math (STEM) classes in local high schools and to toil in soup kitchens. But Amazon had the chance to do much more.

It could have followed the example of MBNA, a Maryland bank that opened a huge telephone call center in remote Belfast, Maine – a decision that is still having a positive benefit decades later, even though MBNA has been devoured by Bank of America. Its Belfast facility today houses several corporations that continue to pump money into what would otherwise, by now, be a dead city and a dead region.

Rather than drawing from an educated labor pool, Amazon could have drawn that pool to a rural headquarters. Rather than squeeze billions in incentives out of state and local governments it could have poured money into those areas.

It could have taken the lead in revitalizing rural areas to spread the wealth. It could have heeded the old line from the movie “Field of Dreams”: “If you build it they will come.”

In short, Amazon could have given a damn. It didn’t.

And what will be the immediately fallout? Housing prices will skyrocket. Traffic will become unbearable. Personal taxes will escalate. The poor will be driven out. And America will become even more divided into “us” and “them.”

As major metro areas continue to grow, fueled by governments that will shamelessly bribe major corporations to relocate, smaller metro areas will eventually be left behind, too, because they similarly lack the talent that major companies want. Think Spokane.

As you ponder the ever-growing financial and human “tab” being run up in rural and modest metro areas, ask yourself: Who will pay that tab? We will.

Amazon, one of the world’s richest companies, is discriminating against the poor and even the middle class. And it should be prepared to pay the moral tab that it is running up. And there is a moral to this story.

Just moving to a bigger city, complete with tax breaks and aggressive marketing, doesn’t guarantee success. Example: General Electric. Less than two years ago it packed up and moved out of Connecticut, choosing a sweeter package from Boston and Massachusetts and throwing Connecticut’s struggling economy for a loop.

But today GE is in extremely serious financial trouble, so overburdened by debt that some investment advisers are skeptical that GE can survive. And if GE goes under do you think Boston and Massachusetts will get their money back? Nah; they can kiss that cash good-bye.

The philosopher George Santayana once said, “Those who cannot remember the past are condemned to repeat it.” Translation: There is no guarantee that Amazon will survive forever. Yes, it’s on the cutting edge of modern marketing and distribution, but so was Sears, which has been described as the Amazon of the 1930s. Take heed: Sears recently filed for bankruptcy protection, thanks to a combination of changing buying habits (read that as reliance on Amazon), incompetent management and a focus on nothing but today’s profit.

That’s what major corporations just cannot grasp. There will always be a tomorrow with unimaginable problems that may also be unsolvable. Amazon could someday go the way of Sears and GE. And who will pay the cost of cleaning up the mess that a Sears, GE or Amazon leaves behind? Yep, that’s right. We will.

Previous Ask An Eastern Orthodox Christian: Was Mary the Mother of God?
Next Kindness can be transformative