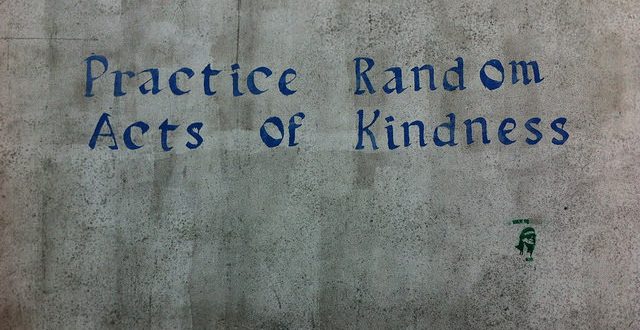 I was at the airport in Oakland a couple of weeks back and I needed to make a phone call. Because I am a member of that dwindling part of the population that doesn’t carry a mobile device, I began looking for a pay phone. Now, the pay phone is an endangered species: at one time ubiquitous, it is now a borderline anachronism, it is increasingly confined to that same dusty closet in which we keep Morse lamps, typewriters, and that strange and wonderful glass jar that spits out ticker tape reports on the stock market.

But Oakland’s airport still has pay phones. There were two of them, hiding in the side of the concourse like a pair of frightened birds. Eureka. But it turned out that finding the phones was only half of my challenge: the signage on them explained that a local call was 50 cents and that they accepted neither bills not credit cards.

I didn’t have any change.

And so I made my way to the help desk, where a small group of uniformed volunteers were waiting to answer the public’s questions about the location of the restrooms and how to get to the rental car place and where to board Bay Area Rapid Transit. Holding a dollar in my hand like some kind of offering, I asked if they could make change for me. And one of the volunteers, a woman possessed of something that I can’t entirely name – a dignity, a grace, a gravitas that could instantly quiet a classroom full of squealing second graders or bar full of bikers – said, “I’ll give you 50 cents.”

I took the two quarters from her. But when I tried to hand her my dollar bill, she wouldn’t accept it.

“I’m not going to take your money,” she said. There was nothing hostile about her refusal. But nor was there any arguing with it. The woman was insistent. You could no more get her to change her mind than you could push Mount Hood three feet to the left. And so I put my dollar bill back in my pocket.

I said thank you. And I went to make my phone call.

That’s the whole story – there’s nothing much to it, I suppose. But the experience is sticking with me. Maybe that’s because what that woman did was kind and, in the interminable lead-up to our country’s election, in this time of thoroughly uncivil civil discourse, simple kindness can feel like it is in short supply. Or maybe it is because, in my own life, I recognize that time is passing and – to borrow the words of Henri-Frédéric Amiel, words that we sometimes paraphrase as part of our closing blessing on Sunday morn – “life is short and we have never too much time for gladdening the hearts of those who are traveling the dark journey with us.”

Either way, I am grateful for that stranger’s compassion, for her small act of generosity which was also a great act of generosity. She was looking beyond herself. And there is something Christ-like about that. There is something about walking through the world in a generous way, in a loving way, in a compassionate way that makes everyone whom you meet a little bigger and a little freer. 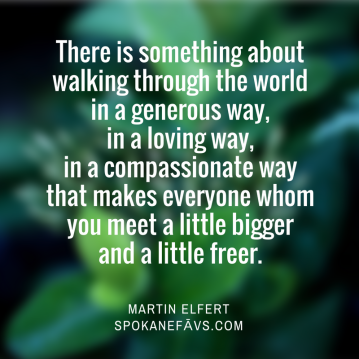 Previous Post-election church services aim to reconcile Christian voters
Next Whom should I believe?