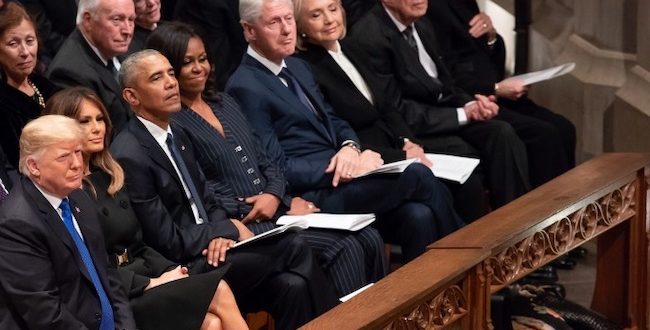 Kindness can be transformative

This is a story about a mistake, about social media, about the Apostles’ Creed, and about kindness.

Not necessarily in that order.

First, the mistake. That part is in order. It’s a mistake that I made earlier this week.

I had an appointment booked with a newcomer to our church. It’s my goal to have a visit with everyone who is checking out our parish, to sit down with them and to hear a little bit of their story and to answer any questions that they might have about Grace Memorial.

And then the phone rang. It was the newcomer, calling from the café at which we had agreed to meet.

But here’s the thing – it’s maybe a small thing but for me it was a big deal –the newcomer was so, so gracious about my mistake. He could’ve been angry or sarcastic or accusatory or all three. He could’ve rolled his eyes at me across the phone line. But he accepted my apology readily. And we laughed together about my foibles.

There was something healing for me in that moment. In it, I remembered that kindness – so simple, so everyday – can be transformative.

I thought about my mistake and about the kindness that met it when, later on in the same week, the corner of Twitter that I follow lit up with accusation. At George H.W. Bush’s funeral, President Trump did not join the congregation in saying the Apostles’ Creed. And one person after another responded with tweets accusing him of hypocrisy, of failing as a Christian.

I am not convinced that we should be giving anyone heat for not saying the creed. And anyone, by necessity, includes the leader of our nation.I am with those theologians who tell us that, sometimes, we don’t say the creed, we can’t say the creed. And when that happens, the rest of the congregation says the creed for us.

And even if that were not my theology – even if I thought that not saying the creed in church was some sort of failure of faith, some sort of mistake – I want to be like the newcomer when he called me after I stood him up.

I want to respond to mistakes with kindness.

A lot of what is happening on Twitter right now, on TV right now, in our society right now, is not kind. A lot of it is bullying disguised as social commentary. If you have any doubt about that, let’s do a thought experiment: let’s pull the president’s name out of this story and then imagine that a bunch of Christians are on Twitter shaming someone for not saying the creed.

Would any of us think that was OK?

Surely, Jesus us calls to build a kinder church than is evidenced in these tweets.

Just recently, the comedian Hannah Gadsby gave an amazing speech. It was a challenging and prophetic and hard speech.In it, she spoke about the moral dangers of drawing an absolute line between good people and bad people, the moral dangers of supposing, as Gadsby memorably put it, that the perpetrators of certain heinous crimes are almost a different species from the rest of humanity.

Such a practice is dangerous, as Gadsby emphasized, because it leads to self-exoneration, to consoling ourselves that evil is something that is done by people who aren’t us. And it is dangerous as well because it permits us, it encourages us even, to withhold our kindness from those who are on the far side of whatever line we have drawn.

Jesus refuses to draw lines like that. He refuses to withhold God’s healing from anyone, God’s kindness from anyone. Look at the list of people with whom he is willing to have dinner. Look at his holy banquet with its guest list of prostitutes and presidents alike.

The example of Jesus doesn’t mean that Jesus wants us to be doormats, to accept evil passively. No! Jesus is way more badass than that. It means that Jesus calls us to resist evil and to do so without letting go of our kindness, to love our neighbor even as we demand that they do better, much as God loves us even as God demands that we do better.

Previous King Kong Amazon
Next Ask A Muslim: Why do you pray to Allah?