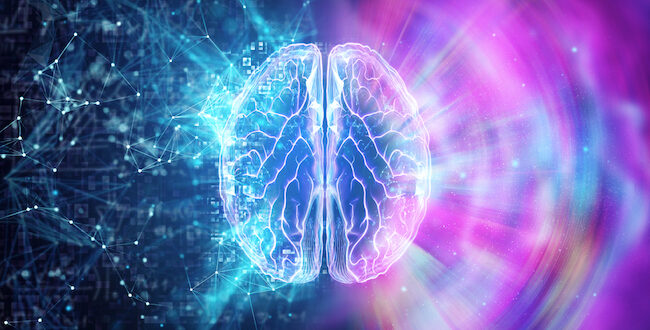 The human brain on a blue background/DepositPhotos

We all think of our own mortality as we age.

I am certain many of you have thought about your personal end times, what it might be like, how you would want it to be.

That has been on my mind of late as I find myself increasingly forgetful. Of little things, admittedly. Forgetting my phone when I leave the house. Losing a prized money clip. And God help me, failing to put the toilet seat down in the night.

Are these the signs of a failing brain?

As I near my 72nd birthday, and having endured a few health scares in the last year, I am reconciled to my eventual death. At least I think so.

My father lived to 82 and I would like those additional 10 years myself.

But the end comes to all of us. There is no escape and so to fear death, particularly after a long and generally happy life, is a waste of energy.

Which is not to say I am unafraid.

There is the fear of crippling disease. The mind is intact but the body unable to function. Some endure that trial much earlier in life and overcome their handicaps in ways both routine and inspiring.

But after living an active life the thought that I might be confined at the end to a wheelchair, or a bed, is frightening.

That is why people of a certain age are so afraid of diseases such as ALS (Lou Gehrig’s disease) or Parkinson’s disease, or any number of other conditions that cripple the body.

But as scary as those conditions might seem, at least there is some comfort in knowing that the mind remains intact and functioning. Steve Gleason, the Washington State University football player and Spokane native, is able to contribute to ALS awareness with his mind long after the disease robbed him of his body. He is an inspiration, a hero.

I have friends with Parkinson’s at one stage or another. And all continue to teach or write or lead because their brains are still their own.

For me the scariest possibilities involve conditions that rob you of your brain, that obliterate your memories, destroy the functions that make us human.

I had a sister, Terri, just two years younger than me. She was sweet, good natured and creative. She was a hairdresser who opened her own shop in rural Oregon where she provided a sorely needed service to older women in nursing homes, to high school girls who needed a prom makeover, and to mothers who would bring their toddlers to the shop while Terri did her magic. She was much loved.

But Terri had suffered a devastating closed-head injury when she was 10 or 11. Undiagnosed at the time and so untreated, it carried long-term consequences.

In her mid-30s she suffered a series of small strokes that destroyed her ability to generate short-term memories. Before she was 40, she was confined to a nursing facility where she lived until her death in 2009.

On some days, she could muster some shadow of a distant memory. But she had no short-term memory. During a visit, if I left her room, it would be as if I was never there. She could not remember what she had for lunch even as her plate was removed from the table.

She would watch TV for the sound and the color but was unable to process anything like a plot because she could not remember what she had seen from moment to moment.

Her roommates, who came and went, were mostly elderly Alzheimer’s patients. I would watch their children come visit, only to leave in tears because a beloved mother could not recognize her dear child.

It was so sad and so scary.

So, of all the old-age fears, it is the loss of cognition that scares me most.

I keep a close watch on my own attention to detail and memory.

Writing is the best indicator I have of my mental function. If I can continue to craft sentences, to generate what passes as original thinking, then I tell myself the brain is still working.

But there are times when I am less certain. It is the attention to those little details that I now notice.

My dear Carla keeps a close watch, too. When I forget something minor, she will express concern, ask how I am feeling. And she is always reminding me of things. The time of a doctor appointment or the need to make a phone call. She leaves notes.

My father lived to 82 and my mother to 92 and both were as sharp as ever at the end. In my family, my sister was the outlier. Still, it is hard to shake the fear.

One of my closest friends saw her mother deal with dementia for many years. My friend, who has an amazing ability to see the silver lining in any situation, said dementia had caused her mother as much joy as pain. Every time she tasted ice cream it was as if it were as for the first time, she said. A sunny day was a pleasure to be experienced over and over. And every day she had the joy of meeting her daughter for the first time.

I envy my friend’s attitude.

I do not think I am afraid of going into the inevitable dark. I just want to be aware that I am going.

Previous Jews Encouraged To Abandon Zoom Seders This Passover As Pandemic Eases 
Next Friendship: Beyond Transaction, to Transformation