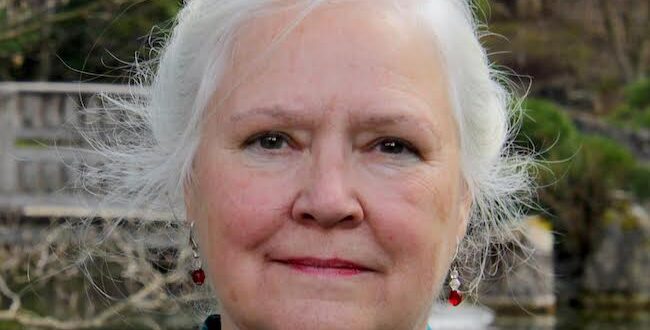 ‘Justice is fundamental to who Deb is’: Spokane pastor runs for county prosecutor

‘Justice is fundamental to who Deb is’: Spokane pastor runs for county prosecutor

For Rev. Deb Conklin, being a prosecutor is similar to her work as a pastor. Both involve advising traumatized victims, speaking convincingly to a large audience and — perhaps most importantly — having a strong sense of justice.

Conklin, who has served as a United Methodist pastor in the Spokane area for over 25 years, announced her candidacy for Spokane County Prosecutor in April. Despite being out of the law field for three decades, she maintains many of the skills she would need in this role, including her professional certifications.

Conklin had no intention of becoming a lawyer when she started her undergraduate architecture studies at Montana State University, but she kept running into roadblocks in her program. Changing course, she married and moved to Seattle, where she finished her bachelor’s degree and completed law school at University of Washington.

She started her career working as a clerk and then as a prosecuting attorney in Clallam County, Washington. As a senior criminal deputy prosecutor, she handled sexual assault cases in the county, allowing her to walk alongside assault survivors through the justice process.

“In four years in the prosecutor’s office, I never had to tell a rape victim that we weren’t going to file charges because they were not a credible witness,” she said. “In each case, the woman — because they were all women in our county — made her own decision.”

However, Conklin also witnessed corruption firsthand in her position. One of the judges in the county had off-the-record conversations with attorneys that he used to inform his rulings. Conklin would not tolerate this kind of unethical practice, which was part of why she left that job.

“Justice is fundamental to who Deb is,” said her younger sister, Sheila Conklin. “She’s never hesitated to do what’s necessary to help achieve what’s right.”

Transitioning to the clergy

Deb Conklin eventually decided to leave law and attend seminary in Vancouver, Canada. It was here that she strongly identified with key tenets of the Methodist faith — so much that an instructor told her she was the “most thoroughly methodist” student he had ever taught.

“I’m so deeply methodist in my soul,” she said. “I love that [methodists] have a tradition of not being bound by institutional rigidity, and that they meet people where they are and meet their needs.”

Deb Conklin said the methodist values of radical inclusivity and using reason and experience to inform interpretation of scripture deeply resonate with her.

While being among the first female clergy members in another denomination was tempting for a while, Deb Conklin knew she would end up as a methodist pastor.

“In law, I was actually the second generation of women,” she said. “But in the methodist church, I wasn’t even close. We’ve had women serving since the 1920s.”

Deb Conklin was appointed to a church in Rosalia in 1997. Except for a three-year stint in Ocean Shores, she has been serving churches in the Spokane area ever since, including in Davenport and Deer Park. She currently is a pastor at Liberty Park and St. Paul’s United Methodist churches.

She is one of the longest serving clergy members in the Spokane area, she said.

In every church she has served in, Deb Conklin said she has witnessed social systems being unjust. She uses her background in law to help people, even though — until recently — she was not allowed to give them official legal advice.

“Knowing the law means that sometimes I can help people realize they have choices they didn’t know they have,” she said.

Sheila Conklin said her sister’s abilities as an organizational leader and the sense of justice she has through her faith will help her in the prosecutor’s office.

Deb Conklin is passionate about social justice, which she feels is closely tied to the methodist value of radical inclusivity.

Sheila Conklin, who lives on the East Coast, said she has been able to join some of her sister’s church services online, allowing her to explore the faith basis of her social justice activities.

Over the years, Deb Conklin was a key player in the Spokane Protest Chaplains, in which she marched alongside protesters at Occupy Spokane, as well as a movement to save hospitals in Spokane by establishing a public hospital district. She has also stood alongside union organizers at picket lines to protest for better working conditions and wages.

In 2014, she became involved with the Office of Police Ombudsman, which provides civilian oversight for law enforcement in Spokane. Through working with the National Association for Civilian Oversight of Law Enforcement, Deb said she became a certified practitioner of oversight.

“Even though I wasn’t practicing law, I was practicing skills and keeping up on the law by taking classes that were approved for continuing education,” she said.

Sheila Conklin said justice, other than love for her family, friends and God, is the most important driving force in Deb Conklin’s life.

“But I think they’re linked. Her love of God and for her family and community drives her toward a sense of wanting to do justice for all of us,” Sheila Conklin said.

When incumbent candidate Larry Haskell ran unopposed four years ago, Deb Conklin decided to reactivate her bar license and run against him in the next election.

Two other candidates, Stefanie Collins and Stephanie Olsen, are also running in the primary. Deb Conklin is the only one running as a nonpartisan candidate.

She said she hopes to change the culture in the prosecutor’s office by working with the community to reduce repeat offenders by targeting the root cause of crime.

“We have this system that says when someone misbehaves, we need to lock them up — but that doesn’t address any of the reasons why they misbehave,” she said.

Deb Conklin wants to rely more on Spokane’s therapeutic courts and the veterans enhanced treatment court, which she said the prosecutor’s office does not use enough.

She also hopes to improve police oversight, working with law enforcement to build cases that will secure convictions.

“Prosecutors are in a powerful position to help shape the behavior of law enforcement,” she said. “The prosecutor is a key piece of any kind of reform in the system — if the prosecutor won’t cooperate, it’s virtually impossible.”