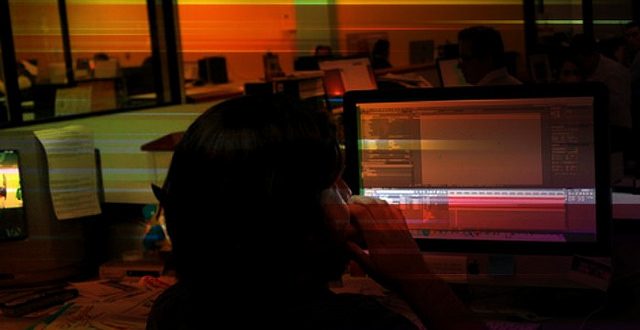 SpokaneFāVS offers us the privilege of writing and reading articles in which God’s name is used freely. That’s more of a gift than you realize. As a former journalist I offer you fair warning: Take anything and everything you read or hear about religion in the secular media with several grains of salt.

Faith motivates human beings far more powerfully than any political or economic creed, theory or belief. I am irritated (and have been, for a long time) with modern journalists who purport to cover religion but who lack any comprehension of the power of faith in an invisible God and who thus don’t report on that faith/motivation in their stories.

Journalists refuse to incorporate God into their questions, hear about God in the answers, or report on God’s intent in their articles. Just read the coverage of Pope Francis and compare it with his word-for-word statements found at Zenit.org.

According to an article in the Fall 1997 issue of Nieman Reports (subtitled “The Faith of Journalists”) journalists have the lowest level of faith of those in any major profession. That may be the reason why God’s name is a no-no – because journalists won’t report what they can’t see or explain.

I clearly remember one day when an editor (who also is Christian) at my newspaper screamed after reading an analysis of Pope John Paul II’s visit to the Middle East – an analysis of a talk he gave about the need for God-centered peace that the writer twisted into a statement about the pope’s attempts to broker a Middle East peace. “When are they going to report what the pope actually said?” my editor screamed.

The problem was with the journalist who couldn’t comprehend faith or God, and whose lack of understanding about what couldn’t be proven led to a revision of the pope’s statement into something that the journalist could comprehend, even though the end result was a story that was grossly inaccurate.

A journalist need not believe in God to report on the power of faith among those who do. But to accurately reflect that faith, journalists must go beyond slogans, emotionalism and the presumptuousness of believing there are simple ways to understand humanity. There aren’t.

It may be that journalists are uncomfortable mentioning God because doing so would challenge their beliefs and force them to go beyond themselves in the quest for truth. It would force them to wade into the confusing, contradictory, seemingly senseless world of faith in order to understand it. Perhaps journalists refuse to do so because they fear that, as a result of attaining that deeper understanding, their personal perceptions of, and attitudes toward, faith might change.

Perhaps journalists refuse to wade into the God thing because mentioning God in a news story would be tantamount to acknowledging the possibility that he is real. Since this might be perceived by some in the audience as expressing an opinion, journalists fear they would violate the essential creed of journalism to report without trying to influence.

But that’s the very thing journalists are guilty of when they cleanse religion stories of God and faith in him. They are guilty of reducing religious institutions to the same level as political parties, labor unions or commercial associations whose actions can be solely blamed on or credited to human input. In doing so they misrepresent the institutions and the people they cover, thus misinforming their audiences and destroying their professional credibility.

What does this have to do with modern-day America? Simple. This failure by journalists is one gigantic reason why so many political conservatives who also are Christian mistrust the media. When journalists misrepresent religion and faith they undermine their own profession and the survivability of the industry.

If you doubt this, I challenge you to give this letter to anyone you know who is an orthodox, church-going Christian and ask for his or her opinion. Just be prepared to get an earful.

Perhaps worst of all, most journalists see no need to understand, or even acknowledge the existence of, the struggle for journalistic integrity in religion coverage. That struggle is what led to the creation of the website getreligion.org. I urge you to visit that site and read the comments of journalists who do “get” religion and who know what’s at stake – not only for the future of accurate, impartial journalism but for the nation that depends on it.

P.S. After reading the published version of this column I was stunned by a new realization: When journalists misrepresent religion they are guilty of creating the very kind of “fake news” that they decry when it comes from the alt-right or other sources, thus earning them the reputation of being untrustworthy. Moreover, doing the very thing you complain about makes you a hypocrite. And who trusts a hypocrite?