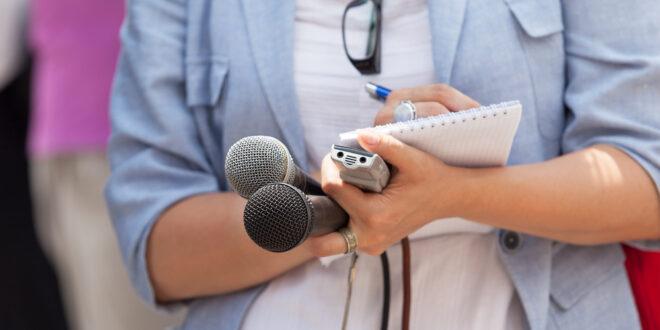 How can a news organization possibly cover a horrific community tragedy, respecting those most affected — victims, their families and friends — while simultaneously serving the larger community?

Short answer: It is not always possible.

In an excellent FāVS commentary last week, Mikayla Finnerty asked that question. Finnerty is managing editor of The Daily Evergreen at Washington State University. She also works for FāVS as our social media manager.

The brutal killing of four University of Idaho students on Nov. 13 had nearly as much impact in Pullman, only eight miles distant, as it did in Moscow.

The Evergreen covered the WSU angle well, especially reporting on steps students wish the administration had taken but did not, such as sending students home early for Thanksgiving break. But as Finnerty noted, the newspaper’s staff was presented with unusual and extraordinarily difficult ethical decisions.

For example, should Evergreen reporters have accepted payment from outside news organizations to go undercover at victim funerals otherwise closed to the press?

In the end, she suggested the staff’s responsibility was to respect the desire for privacy expressed by victims’ families, to respect the memory of the murdered students, to deal with the tragedy through the students’ lens and not so much that of the press.

I cannot argue with Finnerty’s decisions or her conception of student-press responsibilities. I posted her commentary to my social media platforms and asked my professional journalist friends to respond. They were unanimous in expressing sympathy for her position as both affected student and student-newspaper editor. But they were also unanimous in saying the professional press has a different role and different responsibility.

Journalism is a values-driven profession. Values — beliefs that drive actions — are fundamental to ethical professional practice.

The first value, the most significant value, is this: Journalists are first responsible to the public. To serve, the public journalists are to report the news without fear or favor, understanding that service to the larger public may not always coincide with the interests of those affected by the news.

For some, this truth seems harsh. But a news organization that limits its work to benefit the few can never serve the many.

In the case of the UI murders, where there is a significant issue of public safety, news organizations are ethically obligated to cover the story aggressively.

But, as soon it was clear the Moscow-Pullman communities were still in danger, that an unknown killer was still out there, the press calculus had to change.

I cannot count the number of horrific crimes I have covered as a reporter or supervised as an editor. In nearly all cases, journalists involved at some point were accused of intruding on the privacy of victims and their families, of sensationalizing the crimes, of sacrificing responsibility for sales or clicks. But in mainstream news organizations, ethical decisions drive coverage, not clicks.

Here are some basic ethical issues.

Family, witness interviews: Complete, aggressive and ethical coverage in the interest of the public means interviewing family and friends of the victims, neighbors, witnesses, anyone who might have information to share. Family interviews can be conducted with respect and sensitivity. But it is ethically appropriate to knock on doors, make phone calls or attempt contact through social media.

Yes, sometimes people refuse to talk. And a “no” should be respected. But in my experience as reporter and editor, families more often agree to talk than not, wanting the public to remember their family member as something more than a murder victim.

Covering funerals: Bearing witness at funerals is fundamental to a news organization’s responsibility to report thoroughly. After all, news is the first draft of a community’s history.

Sometimes family members ask that funerals be closed to the press. In those cases, where I felt coverage was necessary, reporters and photographers might be outside the funeral waiting to talk to people coming and going.

However, no ethical news organization would crash a private funeral or go undercover.

Reporting graphic details: Following a horrific crime, journalists must ask themselves how much detail to report. Critics will argue that detailed, graphic coverage traumatizes families and opens fresh wounds. On the other hand, a community has the right to know the nature of the crime, especially when a suspect is brought to trial. Ethical journalists will find a balance.

Leaving police alone: Occasionally in covering a major crime, readers will tell journalists to stop, to let the police do their work. But what if the police cannot be trusted to do their work? The Moscow Police certainly mishandled public communication, at least in the first few days following the murders. A crime of this nature stresses a small local department.

The police imperative is to keep information from the public so authorities can pursue their investigation. But the press has the responsibility to inform the public, especially if public safety is at issue.

In the UI murder case, it took the police more than three days to warn the community a killer was on the loose. An aggressive press would have and should have warned the community sooner.

The press is not an instrument of law enforcement but serves as an independent watchdog. Police and press have their own ethical imperatives.

Coverage myths: There are some myths surrounding press coverage of major crimes, disasters and wars. After the first few days, coverage does not drive sales or clicks because readers and viewers weary quickly and do not like to be reminded of tragedy.

People move on. Too often, the police do, too.

Sadly, so does the press. Two weeks after the Moscow butchery, the story is already fading from view.

It will heat up again if there is progress in the investigation or a suspect is arrested. If that does not happen, the story will surface only sporadically. You can expect reports this week as students at both schools return from Thanksgiving break, and again in January when the winter semester begins.

Unless the murders are solved soon, the next big story after that will be next November, marking the one-year anniversary.

And that is wrong. Inattention, rather than more attention, disrespects everyone.

The Press and the Suspected Killer - SpokaneFāVS

[…] 1 focused on the crime and the weeks’ long search for a suspect. And as I wrote in an earlier column, that process presented the press with numerous ethical […]