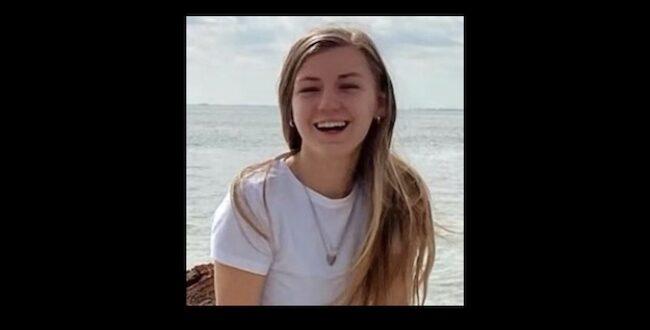 This is a photo of Gabby Petito released by her family to aid in the search for her.

Does the life of a pretty, blonde woman – white – have more value than an inner-city black woman? Or a Native woman who lives on the res?

The high-profile case of 22-year-old Gabby Petito tells us as much.

This is what we know: Petito and her fiancé, Brian Laundrie, left the East Coast in June on a cross-country trip to visit national parks in the West. Petito documented the trip on social media where she quickly gained a large following.

But the Petito-Laundrie relationship appears to have taken a dark turn by mid-August. On Aug. 12, Moab, Utah, police intervened after receiving a domestic dispute call from passersby who reportedly saw Laundrie slapping Petito as they argued near their parked van. Police separated the couple for the night but did not make an arrest.

The couple resumed their travels, but there was no more communication from Petito after an Aug. 30 text message sent to her mother.

Her body was discovered Sept. 19 in Wyoming. Laundrie, who returned briefly to the family home in Florida, is now missing, apparently having fled to a swampy nature preserve where a massive manhunt is underway as I write this. The FBI has identified him as a person of interest in the case.

The Petito case continues to make headlines. And that is the point. We know far more about this one missing person/murder case that began in Florida and ended in Wyoming than we know about the hundreds of open murder/kidnap/missing person cases involving women of color, particularly inner-city black women and indigenous women from both urban areas and reservations.

According to the National Crime Information Center about 1,500 American Indian and Alaska Native people across the U.S. are listed as missing, more than 500 from urban centers. Thousands of other cases of murder and non-negligent homicide have been reported to the federal government’s Uniform Crime Reporting Program, according to The Guardian.

In Wyoming, where Petito’s body was found, more than 400 indigenous women have gone missing in the last 10 years, and nearly all cases remain open.

You have not heard these numbers before? You are not alone. Studies show that reports about missing white women are 10 times more likely to attract any sort of publicity when compared to reports dealing with indigenous women.

Why so little attention paid to these disappearances and murders?

Systemic racism plays a big part, of course. Mainstream America tends to see past ethnic minorities, particularly women, as documented by countless studies. Native Americans are often referred to as “the invisible minority,” unknown to most Americans, out of sight on reservations or lost in urban centers.

But what about the press? What is our excuse?

As a long-time journalist and newspaper editor, I would not apologize for press coverage of the Petito case. As these stories go, it is impossible to ignore. It reads like a movie-of-the-week script, featuring an attractive young couple gone bad, involving apparent police incompetence, and pitting one distraught family against another. Ideal for TV news, there is a massive manhunt in a Florida swamp where alligators and snakes make the search dangerous.

This is not a story to pass up.

But I suspect similar compelling tales likely surround most of the cases that receive little or no publicity. Why do those stories go unreported?

There are some technical and logistical issues. For one thing, tribal police and local, community police do not cooperate or communicate particularly well. Studies show local police are far less likely to fully investigate cases involving indigenous women and tribal police are often understaffed and underfunded. Missing person reports go unshared or are lost, and so the press releases on which journalists rely are simply not produced.

But there is a bigger issue, and responsibility falls squarely on journalists.

As an editor, I did all those things and with some limited success.

But as such efforts advanced, Native Americans were too often left on the sideline. The number of Native American journalists working for mainstream news organizations is appallingly small, somewhere in the range of 1% of the total. The problem has been made worse by the collapse of mainstream news media, particularly newspapers, that has meant the loss of reporters assigned to cover diversity issues, particularly at smaller outlets closest to reservations.

As I write this, no local news organization has a reporter assigned to fully cover our several regional reservations or assigned to fully cover Native American issues, notwithstanding the nearly obsessive interest in Indian gaming. So, it is not at all surprising that we know far more about Gabby Petito than any of the missing indigenous women from our region.

Under the best of circumstances, covering tribal issues is difficult. For understandable reasons, Native Americans tend to be distrustful of white America and its institutions, including the press. Reporters assigned to cover tribes have to go slow, establish quality lines of communication, and build trust. Driven by deadlines and audience expectations, journalists can be impatient. But when it comes to covering the tribes, journalists must be patient, uncomfortably so.

At The Spokesman, we spent a couple of years trying to build trust with one local tribe. But with one badly timed news story, we violated that trust and saw all our gains lost in one day.

The Petito case produced the sort of backlash we see when headlines are dominated by similar missing-white-girl cases. So, we have seen any number of stories from major news outlets documenting the disparities, actually documenting some of the cases of missing Native American women.

But we know that level of attention is fleeting, that as the Petito case fades, stories of missing and murdered women of color will fade into the background once again.

There is a fix. Journalists must commit to covering stories of the missing, commit staff, space, and time. Journalism is all about establishing priorities. It is far past time to make these stories a priority, to help bring closure to grieving families while providing valuable cultural insight to the larger audience.

And we can predict with certainty that the stories will be just as compelling, just as interesting and dramatic. Win/win.

Previous Healing the Invisible Scars of Spiritual Abuse
Next From ‘Hater’ to Lover of Souls: My Journey Out of a Narrow Christian Sect