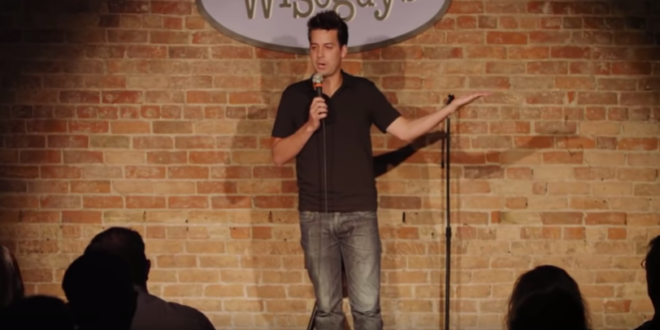 This week, Charisma News reported allegations of sexual misconduct against Christian comedian John Crist. Multiple women came forward about their experiences, reporting that Crist pursued them inappropriately, sexted them, and solicited them for sexual favors.

When I heard this news yesterday, I was devastated. Crist feels like a friend to me. His videos parodying evangelical Christian culture have brought a lot of joy and laughter to my life. “This guy gets me,” I would think, watching his bits about megachurches and millennials and weird Bible stories. A couple of my seminary friends and I went to see him live last spring and we had a great time!

Allegations of sexual misconduct against celebrities are always infuriating. Abuse of power at the expense of others’ safety and well-being is appalling. But it is especially devastating when the allegations are against someone you thought you knew and could trust.

Crist’s Christian reputation compounds this sense of betrayal. In fact, some of his victims trusted him because of his unapologetic Christian branding. One of the women to come forward reported that she didn’t believe that he would do anything inappropriate to her because he “so proudly parades his face as a Christian,” even as he would say and do questionable things to her. “I’ve let myself believe that just because someone is a Christian means they won’t do something intentionally bad. But the truth is, John invited me to his apartment with the intention of sleeping with me after shaking hands with my boyfriend.”

A couple of the women who came forward report having left the church in part because of Crist’s abuse. “I haven’t been to church in years,” one of them says. “It’s hard. It’s hard to go into a place where you know that people know things that are going on, and they never do anything about it, because they just list it as ‘bad behavior’ or something that someone can just be forgiven of and then it’s fine. It’s not fine.” She’s right. Unfortunately, it is all too common to gloss over the sexual sins of Christian leaders and celebrities because of their spiritual status. Perhaps we don’t want to admit that Christians are capable of such horrendous behaviors, or maybe we tell ourselves that the good they do in proclaiming the Gospel outweighs the bad. Perhaps we tell ourselves that John Crist is a “man after God’s own heart,” who made some mistakes and is a fallen human just like the rest of us. But sexual harassment is inexcusable regardless of the reputation of the perpetrator, and just like King David’s abuse of Bathsheeba, this is more than a blip on Crist’s reputation. This is a blatant abuse of power that will have lasting negative consequences in the lives of several women. This is more than standard human sinfulness. This abuse was ongoing, intentional, and deeply harmful.

In response to the allegations, Crist writes:

“While I am not guilty of everything I’ve been accused of, I confess to being guilty of this – I have treated relationships with women far too casually, in some cases even recklessly. My behavior has been destructive and sinful. I’ve sinned against God, against women and the people who I love the most. I have violated my own Christian beliefs, convictions and values, and have hurt many people in the process. I am sorry for the hurt and pain I have caused these women and will continue to seek their forgiveness. I have also hurt the name of Jesus and have sought His forgiveness.”

The remainder of Crist’s 2019 comedy show tour has been cancelled while he receives treatment for sexual addiction.